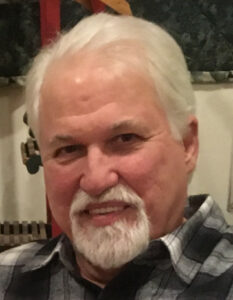 Marlborough – Jeffery L. Springfield, age 70, of Marlborough, died Wednesday, January 26, 2022, at UMass Memorial Health – Marlborough Hospital. He was the son of the late Thomas and Betty (Long) Springfield and the husband of Jolene (LePage) Springfield, to whom he was married for 32 years.

Born in Mt. Clemens, MI, and growing up in east Detroit, he developed an early interest in music, especially playing drums. While attending East Detroit High School and Eastern Michigan University, he was the drummer in several rock-and-roll bands.

While at college, Jeff was a founder of Save Our Students (SOS), a student run crisis intervention group in Ypsilanti, MI. SOS eventually became a community wide social service organization that recently celebrated its 50th anniversary.

In the mid-70’s, Jeff moved to California and became involved in the San Franciso music scene, playing drums in bands. He was the owner of Springfield Sound a stereo store in San Anselmo, CA., where he was a generous participant and contributor to community events and the Multi Media Educational Foundation Inc. His commitment to community extended to the newly created Mill Valley Film Festival, found by Mark Fishkin.

Besides his wife, Jeff is survived by his brothers, John Springfield of Newton, MA.  and William Thomas Springfield of Hadlyme, CT. as well as several nieces and nephews.

Donations may be made to: SOS Community Services at www.soscs.org.

A private funeral service will be held by Jeff’s family.