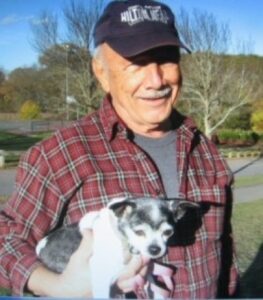 Marlborough/Northborough – Ralph J. D’Angelo, Sr, of Marlborough, formerly of Northborough, passed away in his home on Tuesday, February 1, 2022 after a medical episode; he was 86 years old. His beloved wife of 56 years, Jean M. (Fiske) passed away in 2013.

Ralph is survived by his four children, Ralph J. D’Angelo Jr. and his wife Patty of W. Gardiner, ME, James D’Angelo of Marlborough, Julie D’Angelo of Westborough and Anthony D’Angelo of Berlin, five grandchildren, Marc, Justin, Chelsea, Anthony “AJ” and Michael; 5 great-grandchildren, Sadie, James, Avalina, Dominic and Madison. Ralph is also survived by a brother, George D’Angelo and his wife Judy of Hudson and a sister, Maryann Bratchell and her husband William of Punta Gorda, FL. He was preceded in death by two sisters, Rose Metrick and Annmarie D’Angelo.

Born and raised in Marlborough, Ralph was the son of the late James and Urianna (Pennachio) D’Angelo. Shortly after his graduation from Marlborough HS, Ralph served his country within the Navy Air Reserves. For over forty years he worked at the former Atkins & Merrill Corp, many of which he served as a supervisor. Ralph enjoyed spending time hunting, fishing, camping and playing rounds of golf with his family. He looked forward to time spent in Maine, at his camp on East Grand Lake. In later years Jean and Ralph looked forward to outside venue concerts and taking Caribbean cruises.