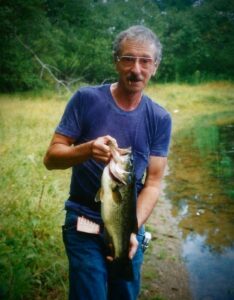 Marlborough – Gerald A. Guimond, 84 of Marlborough, MA passed away suddenly at his home Friday, January 28, 2022.

He was a longtime resident of Marlborough. Gerry was a very talented handyman and could fix and build almost anything. In his earlier years, He had a passion for building and painting cars. He was an avid radio control airplane builder and flier. Gerry had a love for dogs as well, but his favorite thing to do was to go fishing with his wife and kids.

Gerald was born in Fall River, Massachusetts, he was the son of the late Gerald N. Guimond and Adele (Forcia) Guimond. He is survived by his loving wife Lorraine Guimond, his son David Guimond, his three stepsons, Santos Gomez, Jimmy Gomez and Steven Gomez and his stepdaughter, Lynda Russell. He is also survived by his sister, Lucille “Lu” Anderson and his stepbrother, Peter Campbell. He also leaves behind 5 grandchildren, one great grandchild and several nieces and nephews. He was predeceased by his sister, Paulette M. Harmon.

There will be no services at this time.

In lieu of flowers, please consider donating to the Multiple Sclerosis Association or your charity of choice.

The Slattery Funeral Home of Marlborough assisted with the arrangements.