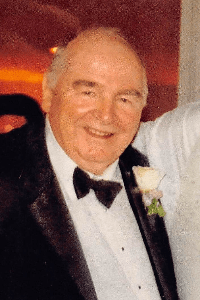 Grafton – Thomas F. Mara, 81, of Grafton and formerly of Worcester, passed away peacefully on Sunday, February 6, 2022 in the Rose Monahan Hospice Home after an illness.

Mr. Mara was married to the love of his life, Beverly A. (Christo) Mara for 56 years. He is also survived by his two loving children, Joseph D. Mara and his wife, Josephine of Millbury and Nancy A. Fay and her husband, Paul of Charlestown; two devoted grandchildren, Chloe and Seamus Fay; a brother, James Mara of Sterling and many nephews and nieces.

Tom was born in Worcester, son of the late Edward and Mary (Duane) Mara and is also predeceased by two brothers and a sister, William Mara, Michael Mara and Maryann Mamuska. He graduated from South High School in 1958 and then went on to continue his education by attaining an associate’s degree from the School of Practical Arts in Boston. Tom proudly served in the Army National Guard.

Mr. Mara started his work career as a commercial artist for the Worcester Telegram & Gazette and then did work in the construction and financial industry. He finished his career working for Barr Associates in Westford as an industrial optics technician.

Mr. Mara was an accomplished artist and was recently honored by the Revere Historical Museum with the unveiling of his painting of the “Revere Beach Amusement Park”, which he completed over 60 years ago while a student at the School of Practical Arts.

Tom moved from Worcester to Grafton in 1967 where he and his wife, Beverly raised their family. Mr. Mara loved spending time in Grafton and could often be found looking for a good book at the Grafton Public Library. He enjoyed golfing and fishing with his son, brothers and friends and could often be found rooting for his favorite teams, the Patriots and Red Sox, but Tom was truly the happiest when he was spending time with his wife, children and grandchildren.