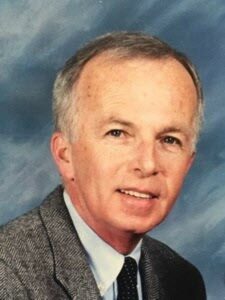 He was born on February, 27, 1947 in Malden, MA. He was predeceased by his parents, Francis Barry and Theresa (Connolly) Barry.

Joe’s daughter, Jennifer, was “Daddy’s Girl,” starting on the day that she arrived from South Korea at six months old. He also had a special relationship with his niece, Kristin, her husband, Garrett, and their 3 children, Penny, Kit and Luke.

Joe attended elementary and high school in MA. When he graduated from Weymouth (MA) High School in 1965, it was his goal to “become a Navy man.” He enlisted in the Navy during the Vietnam War, and served onboard the aircraft carrier, USS Forrestal. On July, 29, 1967, there was an explosion and fire on the Forrestal which resulted in the death of 134 of his shipmates. This was a turning point in Joe’s life.

After working for one year in a law office, Joe decided to use his law degree in a new career direction, Law Enforcement. He started working as a temporary police officer for the City of Marlboro, MA and quickly worked his way up the ranks, until he was appointed Chief of Police in 1987. Barry was recognized as a leader who advanced the level of professionalism in the Police Department. He was well respected by the Mayor, City Council, and department heads. Joe, “the Chief,” was known for transparency within the police department. He was also known around town for his sense of humor, and being “everybody’s friend.” While Chief, he developed a program for police investigations of child sexual abuse. He received an award for his sensitive treatment of abused women and children in the community. Chief Barry, supported the initiative of Mothers Against Drunk Drivers (MADD), and served as a mentor to several Police Chiefs.

After a 30 year career in law enforcement, Joe Barry announced that, at age 54, he was retiring. Chief Barry said that he wanted to spend more time with his family. His official statement to the local press was: “Family is very, very important. It is just something for me that is the number one thing in my life.” When asked what he was proud of in his tenure as Chief, he first cited the construction of a new police station, replacing the original police station that leaked water and sapped morale.

On retirement, Joe and his family moved to Winter Park, FL where they lived for 20 years. In Florida, after 30 years of living a high profile life, he was very pleased to become “Just Plain Joe.” Joe stated that he was not really retiring. “I am still young. I can go out and get another job. I feel good about it.” In his Winter Park years, he was very low key and enjoyed a slower pace of life. For several years, he worked for the State of Florida as an Investigator Supervisor in the Division of Licensing. To his credit, he limited his work to a 40 hour work week. He retired for the second time in 2013, as he approached his 30th Wedding Anniversary.

At the time of his death, Joe served as the President of the USS Forrestal Association. He continued to be active at St. Margaret Mary Church. One of his great pleasures was meeting weekly with his long-time current events discussion group.

Joe was a man of strong faith, who valued family. He was unswerving in living according to his values and beliefs.

A funeral Mass will be held Friday, Feb. 18 at 1:00PM at St. Margaret Mary Church in Winter Park, FL.

Immediately after the Mass, he will be interred with military honors at Queen of Angels Cemetery in Winter Park. This will be followed by an informal gathering at the condo clubhouse. Funeral arrangements are by Newcomer Funeral Home in Winter Park, FL.

In lieu of flowers, the family requests donations to:

The family would like to thank the many members of the community, as well as friends and family near and far, who have helped to honor Joe’s life, and legacy.