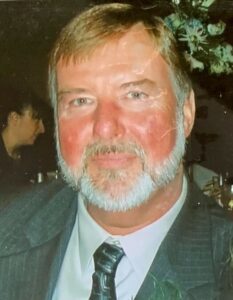 He was the son of Elaine R. (Viens) Whitman and the late Maurice S. Whitman and husband of Kate Whitman, to whom he was married for 28 years.

Besides his beloved wife and mother, he is survived by his sister, Cynthia Dunstan and her husband James, of Gilbertville, MA, his brothers, David Whitman and his wife Linda of Westborough, MA and James Whitman and his wife Kelley of Wakefield, MA. He is also survived by many nieces and nephews, and we cannot leave out his cherished felines, Jesse and Mia.

Mike was a life-long resident of Marlborough. He worked for many years at Centerline Technologies in Hudson and was a longtime member of Marlborough Moose Lodge and Hudson Rod and Gun Club.

He could often be found in his workshop at home where he could fix just about anything. He collected stamps, coins, and most recently remote control cars, which he loved sharing with his great-nieces and nephews as well as the neighborhood kids.

Mike was the happiest at the ocean. The vacations spent at Moody Beach in Wells, Maine with family was something he looked forward to all year long. He loved riding the waves and no matter how cold the water was, he was the first one in and the last one out. His favorite spot that he shared with Kate was the Stageneck Inn in York Harbor, Maine. It was their very special place they went every year, rain or shine. This year being no different, they already booked their anniversary weekend for this coming June, in which Kate still plans on going one last time.

Mike will be honored at a private gathering with family and friends at a future date.