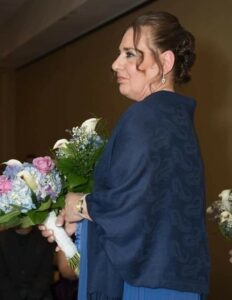 Marlborough – Genevieve H. Muse 66, of Marlboro passed away on Sunday, February 13, 2022, at Marlboro Hospital after battling cancer. She was born in Boston, MA.

Genevieve was a strong and beautiful woman who fought as long as she could for her children and grandchildren. She was the most giving and selfless person you would have ever known. Her grandchildren called her “Feisty Munchkin”. She was a feisty Italian woman and she made everyone laugh. She had a smile and laugh that could light up the room. Genevieve loved her Elvis, her morning teatime and getting to watch her “programs”.

She was the wife of the late George W. Muse who died in May 2020. The two were married for 46 years.

She worked as a sales associate at Walgreens in Marlboro for over 19 years.

The Short & Rowe Funeral Home of Marlborough assisted with arrangements.