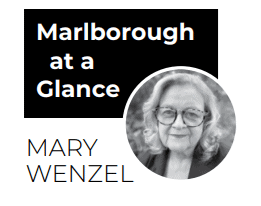 MARLBOROUGH – Under the guidance of the Rev. Dr. Kaz Bem, members of the First Church in Marlborough, Congregational, took on the task of helping with the settling in Worcester of an Afghanistan family of 12 (10 children, all siblings, and parents).

With two other churches helping with the setting up of the apartment, First Church choose to furnish two bedrooms.

It required the purchasing of five sets of new bunk beds, as well as a bed for the parents. In addition, the mattresses and all of the bedding needed (pillows, sheets, blankets and comforters) were put in place.

Two living room rugs were also provided. In addition, several other people donated Target gift cards for the family to use for other items they will need. The beds in 200-plus pound boxes and other items were moved in through snowbanks, followed by assembly that took nearly eight hours.

“This was put together last minute and we did it,” said Kaz Bem.

The City mourns the death of RUTH BOLAND, who passed away on Feb. 14 at the age of 96.

Ruth was a teacher in the Marlborough Public Schools for 35 years where she started the first kindergarten in 1947.

Ruth Boland made the first endowment to the Citizens’ Scholarship Foundation organization when she donated $6,000 in memory of her late husband Francis Boland to create the Francis and Ruth Boland scholarship.

With a talent for writing poetry, Ruth wrote poems to create tributes for birthdays, anniversaries, retirement and much more. With these poems, she was lovingly given the title of Marlborough’s “Poet Laureate.”

THE VIN BIN and the Marlborough Public Schools are carrying on a tradition launched in 2020.

This, the third wine tasting, proved to be another successful fundraiser. Patrons purchased a bundle of three red wines, two hand-cut cheese samples, a box of crackers, a chocolate bar and a jar of fruit preserves. On Dec. 23, the host, Aaron Aykanian, presented the virtual wine tasting via Facebook. Patrons watched the virtual presentation on Facebook, enjoying the wine tasting with family and friends.

Thank you to the Vin Bin for their continued generous support of the programs of the MPSMA.

THE ADDICTION REFERRAL CENTER OF MARLBOROUGH‘s 11th Annual Comedy Night Benefit is taking place on Friday, April 8. It will be held at the Hudson Portuguese Club at 13 Port Street in Hudson.

The event will include lots of laughs, food and raffle prizes.

To purchase tickets, donate to the ARC or to sponsor, call the ARC

ATTENTION GARDENERS! Now is your chance to rent a plot at Marlborough’s Community Garden at Cider Knoll / Mello Family Meadow Conservation land. Gardeners dreaming of garden space can reserve space in the City of Marlborough’s Community Garden. Plots are available for rent with a 10’x10’ for $15 or 10’x20’ for $25. Interested parties please attend the sign-up meeting on Thursday, March 10, 7 – 8:30 p.m., at City Hall.