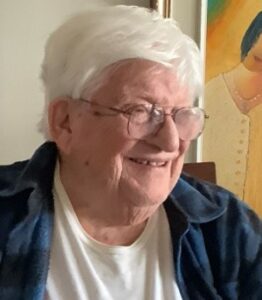 Shrewsbury – Dr. Alvin H. “Al” Weiss, age 93, of the Shrewsbury Southgate Community, and formerly of Pennsylvania and Delaware, passed away peacefully on the morning of Sunday, March 6, 2022, with his loving wife and daughter by his side.

He leaves his beloved wife of 42 years, Devorah (Schwartz) Weiss; his daughter, Linda Weiss and her husband Joel Matek, of New Mexico; his step-children, David Biron and his wife Kendra, of Chicago, and Nurit Garmise and her husband Dov, of Israel; his grandchildren, Shani, Aviv, Aiden, Talia, Diego, and Joaquin; and his great-grandchild, Arete.

Alvin was born in Philadelphia, to the late Louis and Helen (Wilinsky) Weiss, grew up in a grocery store in Chester, PA, and completed high school in Wilmington, DE. He worked as a laboratory assistant for Allied Kid Co., where he fell in love with Chemistry. Al graduated from the University of Pennsylvania with a B.S. in Chemical Engineering in 1949.

His first job as a Chemical Engineer was with Fiber Chemical Co., a specialty chemical company. During the Korean Conflict, he served in the Army Chemical Corps. Al then earned an M.S. in Chemical Engineering from Newark College of Engineering, while working at Colgate-Palmolive Corp. He began, in 1955, his Petrochemical research in Catalysis and Kinetics at Houdry Process Corp.

Dr. Weiss returned to UPenn as a Research Associate in 1963. He taught Chemical Engineering and earned a PhD in Physical Chemistry. He was appointed Professor of Chemical Engineering at Worcester Polytechnic Institute in 1966 and then founded the Catalytic Society of New England in 1967. Dr. Weiss was awarded Summer Faculty Fellowships for research on space flight at NASA-Ames Research Center.

Dr. Weiss wholeheartedly loved his career and the opportunities it brought him, especially the ability to travel worldwide, and cultivating international collaborations with colleagues. His first collaboration was with Russia (USSR, at the time), then Argentina, Brazil, China, where he worked as a specialist in the Petro Chemical field, as a representative of UNIDO (United Nations Industrial Development Organization), Isreal, where he first met his wife Devorah, Bulgaria, Hungary, and many more countries. Al eventually retired in 1996, completing his extensive and fulfilling career.

In lieu of flowers, memorial donations may be made to a charity or organization of one’s choice.

Alvin’s burial will be held privately in Philadelphia, and a celebration of his life will be at a later date.

The Britton-Shrewsbury Funeral Home is honored to be assisting with arrangements.