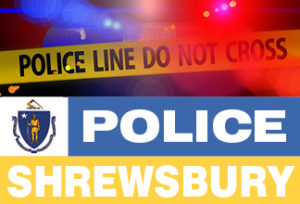 Mark Brusa, 57, of North Oxford, and Raymond Gannon, 54, of Millbury, were driving in a pickup truck operated by Brusa around 1:30 a.m. when police pulled them over near 431 Boston Turnpike, according to a police statement.

The vehicle was reportedly stopped for an equipment violation and an expired inspection sticker.

Police said on Monday that officers saw drug paraphernalia and a large knife in the car as they spoke with Brusa.

They said they then also saw “what was believed to be heroin” fall out of Brusa’s pant leg.

Police said they found “a small glass pipe with a small white rock, believed to be crack cocaine,” on Gannon.

They subsequently located a total of 32 grams of cocaine, additional crack cocaine, two digital scales and “drug distribution materials” during an inventory of the car.

Brusa is now facing a charge of trafficking a Class B substance in connection with the 32 grams of cocaine.

Police also cited Brusa for having an expired inspection sticker and for failing to display a front license plate.

Gannon is facing a lone charge of possession of a Class B substance related to the crack cocaine.