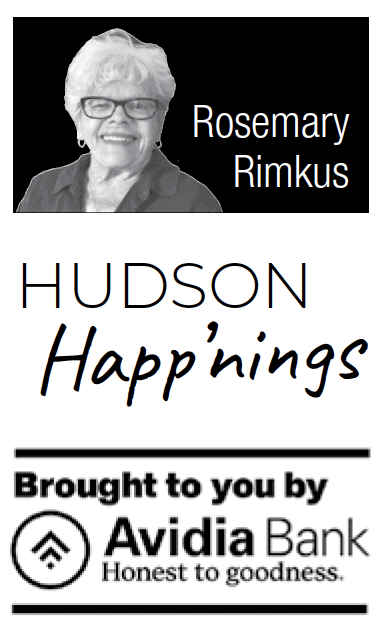 HUDSON – Toll Brothers home builders have begun construction of 64-luxury homes as part of a development off Chestnut Street, in the eastern section of  the town.

A spokesperson for Toll Brothers, which describes itself as “the country’s leading builder of luxury homes,” said they chose the town as a “prestigious area,” noting that our Main Street was recently designated as “Best Main Street in [the] USA.”

A sales office is located on the property, colloquially known  as “the sand pits,” on newly-created Barnes Boulevard, off Chestnut street.

Amenities are to include a private, on-site community clubhouse and swimming pool.

Toll Brothers, founded in 1967,  has built homes in 24 states and the District of  Columbia. For more information visit EnclaveatHudson.com.

Hudson residents Andy and Margery Goldstein marked their 50th wedding anniversary on Jan. 22. They were honored at a family dinner.

Andy and the former Margery Zeigler were married in the chapel of Wellesley College, where the bride was a student.

Andy is a graduate of  MIT. The New Jersey natives moved to Hudson in 1956. Margery is a former Digital employee and teaches music at her home. Andy is employed by a software company.

They have three children: Ellen Goldstein and husband Kraig Theriault, who have two  children; Peter Goldstein and wife Leah; and Thomas Goldstein and wife Jessica McIver. Members of the Symphony Pro Musica orchestra since its founding, Andy is principal cellist and Margery plays viola and flute.

He was formerly employed by Digital for 15 years.

A graduate of  Hudson High School and Southeastern Mass. University (now UMass Dartmouth), he earned degrees in accounting and surveying.

To continue a longtime association with the Stow Country Club, Nelly will work there part-time and possibly appear on the links.  A longtime baseball coach, he will now join the spectators at Riverside Park.

He and his wife Joanne have two sons, “C.J”, a Marlborough firefighter and Eric, a Hudson High School teacher and coach. They also have one granddaughter. He is a son of  Natalie Ahearn and the late John Ahearn.

Event to fundraise for Ukraine

A “Brunch to Support Ukraine” Benefit will be served on Sunday, April 10 from 11 a.m. to 3 p.m. at the Hudson Portuguese Club. Tickets are $20 per person and proceeds will benefit World Central Kitchen and Chef Jose Andres, who has already served four million meals in Ukraine. For tickets call 351-210-1666.

Hudson native Dom Palange is an assistant coach of the UCLA women’s gymnastics team which will compete in Raleigh, N.C. for the National Collegiate Women’s Regionals this month. They’ll hopefully then compete for the NCW championship in Fort Worth, Texas later this month.

Now in his third year of coaching floor and vault, Palange guided the UCLA women to No. 1 national ranking on floor and No 5 ranking on vault in 2020. He began gymnastics training at age three at Sterling School of Gymnastics, where he became multiple state and regional floor and vault champion.

After his graduation from Hudson Catholic High School in 2006, Palange moved to Miami where he won a world championship with Top Gun Cheer. He then moved to California.  A resident of West Hollywood, he is the son of Hudson residents John and Maureen Palange.

Fr. Donahue was also the beloved pastor of St. Irene’s Parish in Carlisle for 31 years before his retirement.

He was the husband of the late Agnes (Morel) Martin. Survivors include seven children, 19 grandchildren and five great grandchildren.

Funeral Mass was held on Mar. 26 at St. Patrick and St. Raphael church in Williamstown, followed by a burial in Eastlawn Cemetery.

Hudson native Mary (Morel) Manwaring of West Yarmouth passed away on March 27. She was the daughter of  the late Albert and Agnes Morel of Hudson and the widow of John Manwaring.

She served in the U.S. Navy for seven years and was a teacher in Dennis schools for 28 years.

She is survived by one son, two grandchildren and two great-grandchildren. Funeral Mass was held on April 1 at St. Pius X Church, South Yarmouth, followed by burial in Massachusetts National Cemetery in South Yarmouth.

Looking back to 1967 in Hudson

Warren Peters, proprietor of  Lucia Pharmacy, requested that “something be done” by Selectmen about the gathering of local young people in local doorways and sidewalks at 95 and 97 Main St.

The Hudson Clerical Association, comprised of ministers, elders and priests, was meeting monthly.

A local realtor listed a variety of  capes, ranches and garrison homes in Hudson, prices starting at $16,900.

SPECIAL GREETINGS to Gene and Teresa Filipe who will be 72 years wed on April 9.