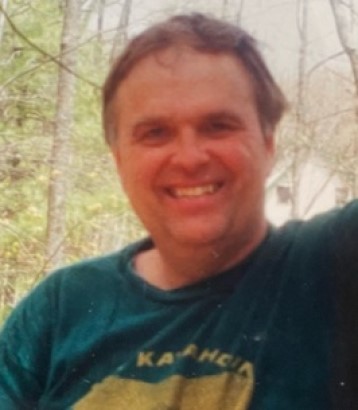 Al was born September 14, 1951 in Weymouth, MA, son of the late Emily (Congdon) and Alton Blanchard, Jr. His roots were in Weymouth and he began his professional career there teaching 8th Grade Science which he continued for 7 years before transitioning to a career in sales at Banner Systems which spanned 25 years. Away from work he adored his family finding great joy as a father and “Grandpa”.

If you were looking for Al you probably were going to find him outdoors. Al had an enduring passion for hiking as he climbed all 48 of the 4,000 ft peaks in New Hampshire. He was an avid downhill and cross country skier during the winters and loved to camp and spend time at the family cottage in Plymouth, MA as well. After a hike you probably heard the sounds of classic rock playing as Al would put on his favorite music.

Al’s interest in science never waned, and having been an Eagle scout as a young man he continued to have a knack for working with his hands.

His love of family included the extended Blanchard and Congdon clans that he looked forward to spending time with at Curlew Pond or the annual Congdon family Christmas party. All our family was welcomed into the Bentley family, our dear friends since high school, where annual campouts canoeing down the Saco River kept us close. His children knew his longtime friends as Uncle Phil and Uncle Rob, who he treated as extended family. Many Thanksgivings were held in Provincetown with family, a beloved tradition for him.

All are welcome to a memorial service and time of remembrance for Al at The Congregational Church of Grafton on Grafton Common Saturday April 23rd at 10:00am followed by a gathering in the lower church immediately following the service. Burial will be private.

In lieu of flowers please honor Alton with a donation to The Grafton Food Bank PO Box 324 Grafton MA 01519.

A Book of Memories to share a special message with his family is available online at www.RoneyFuneralHome.com