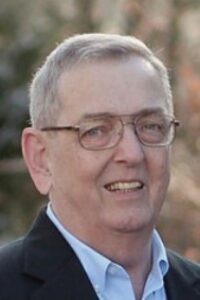 He is survived by his wife of 53 years, Mary Ellen (O’Brien), he leaves two sons Michael F. Thorpe and his wife, MaryAnn, of Fiskdale; Andrew P. Thorpe and his wife, Shannon, of North Reading; a daughter Mary Kate Bailey and her husband, Alex, of South Windsor, CT; four grandchildren Emma, Matthew, Mia, and Samantha Phelps and her husband, Christopher, of Rutland; two great-grandchildren CJ and Dylan; numerous nieces and nephews. He was predeceased by his brother William Thorpe of Allenstown, NH and sister Donna Allen-Smith of Augusta, GA. He is survived by sisters Patricia Thorpe and Dottie Steele of AZ and brother Ronald Allen.

Donald was born in Marlborough MA, son of the late Harold and Phyllis (Felix) Thorpe. He served honorably in the U.S. Marine Corps. He worked in the grocery business (Associated & New England Grocers) and was a Local 170 Teamster Union Steward. He concluded his career with the Diocese of Worcester, where in 2001, Bishop Daniel Reilly honored him with the St. Paul Award, for his contributions to the preservation of the Diocesan Cathedral of St Paul.

Don was totally devoted to the well-being of his family – to him, his family was everything.

He could fix anything from an antique lock to large-scale automated systems. He loved hand woodcarving with an affinity for carving birds. He had a passion for gardening with his talented green thumb. As a history lover, he enjoyed reading all the old and new National Geographic magazines online. He will always be remembered for his famous Christmas cookies and Fourth of July cookouts.

A funeral Mass will be held on Monday, April 25th at Noon in Our Lady of the Angels Church, 1222 Main Street. Burial will follow in St. John’s Cemetery. His calling hours are Sunday, April 24th from 4:00 p.m. until 7:00 p.m. at O’CONNOR BROTHERS FUNERAL HOME, 592 Park Avenue.

In lieu of flowers, the family requests that donations in Don’s name may be made to the Tunnel to Towers Foundation – WWW.T2T.ORG.