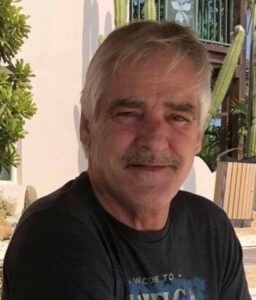 Marlborough – Gary B. Pomerleau, 71, of Marlborough passed away on Monday, May 2nd, 2022 at Marlborough Hospital. His wife, Alice, daughter, Jessica, and son, Justin, were by his side. He was the husband of Alice M. (Small) Pomerleau for the past 42 years.

Gary was born to Francis Pomerleau and Ora (St. Peter) Blanchard. He was raised and educated in Marlborough where he spent most of life.

Gary started out his construction career working with his brother-in-law, Tommy Byrne, and then continued at B&T Siding. He then worked for Telco Siding with his life-long friend Billy Teele, and ultimately began his own company, Advanced Industries, which he owned and operated out of Marlborough for over 25 years.

On top of being a loving husband, father, and grandfather, Gary was an avid fisherman and Harley-Davidson enthusiast. He loved nothing more than to take his Harley out for a ride. Gary rode many of his excursions around the Wachusett Dam and Reservoir with his friends and wife. Gary started bringing his daughter, Jessica, and even her friends on motorcycle rides, “just around the block” from a young age, which eventually led his 4-year-old Jessica to be riding a dirt bike that in due course led to her riding the motorcycle she does today, just like her Dad.

A Celebration of Life will be held at a later date and will be updated when determined. Burial will be private.

All are invited to sign his online guestbook at www.CollinsFuneral.com.