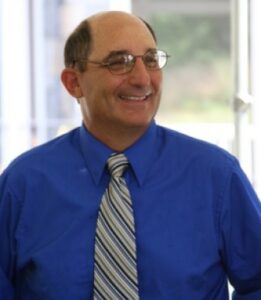 Northborough – Leonard J. Conte, a sculptor and artist who never met a piece of clay he wasn’t able to turn into a beautiful work of art, died on Sunday in Northborough, Massachusetts. He was 72. “Len,” as he was better known, passed away peacefully at his home surrounded by the love of his family after a battle with ALS.

Most of Len’s life was spent working in the software industry. His children often remarked that as a Usability Engineer Len had a hard time turning off his professional life. There was hardly a day that went by where Len didn’t comment or critique the flawed design screen of an ATM or question the layout design of a rental car’s interior. There was no usability problem big or small Len wasn’t prepared to tackle.

Len’s true gift to the world though was his pottery. His Etsy business and basement are a testament to countless hours Len spent molding, spinning or throwing bowls, pitchers, teapots and mugs. Len traveled the country to learn more about the craft he loved. Always looking for new ways to push the boundaries of clay and color. “Len’s pottery,” was frequently the most coveted gift to receive at Christmas time. His mugs and vases are spread out in home across the country. There are even a few chalices in a church somewhere in the Midwest.

In addition to his work as a pottery artist, Len loved photography. He loved taking pictures and experimenting with light. Over the course of his life he captured countless genuine moments; both milestones and the mundane. After his passing his family remarked that it was hard to find pictures of Len because, “he was always the one behind the camera.” Len traveled the world taking pictures and even found a way to make out of focus shots sing somehow.

Len was a devoted husband, father, son, brother, uncle, friend, volunteer, mentor and teacher to many. His family isn’t certain but believe he was also the inventor of the “Dad joke.” To know Len Conte, was to know perhaps the kindest human being to walk this earth. A gentle, caring soul who loved wearing hats and was selfless beyond compare.

His family would like to thank the multitude of healthcare workers, nurses aides and staff at Brookhaven Hospice who so graciously guided Len on his journey home during his final months. They would also like to thank the countless numbers of family and friends who dropped off meals, stopped in to say hi or picked up a few bottles of Kombucha for Mary Ann.

In lieu of flowers, donations in his memory may be made to Compassionate Care ALS, P.O. Box 1052, West Falmouth, MA 02574 or conveniently online at https://ccals.org/in_memory_of/leonard-j-conte/.

A memorial service and formal celebration of life are planned for a later date, updates can be found by emailing [email protected].