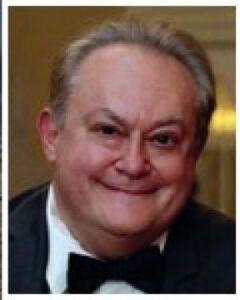 He entered this world on October 2, 1956, in Worcester, MA, born to Francis P. Sr. and Phyllis J. (Giumentaro) Ursoleo, who have predeceased him. He is survived by his daughter Jenna and her husband Nicholas Ensko, granddaughters Savannah and Liliana Ensko, sister Lisa and her husband Jonathan Eddy, niece Amanda Eddy, nephew Zachary Eddy, his former wife Gina (Primmer) Ursoleo, his mother-in-law, Doris Primmer, and countless other cousins, grandnieces, grandnephews, and friends.

Frank grew up in Shrewsbury, MA where he made many lifelong friends. He graduated from Boston College and went on to follow his dreams in the music industry. He started as a Strawberries Manager and worked his way up to being a Senior Director of National Sales and ultimately, the President of his own company, Iconoclassic Records. He always used to say he was one of the lucky ones who got to do what he truly loved every single day of his life and that was music. His knowledge in music was vast and love extensive. He will go down in history as one of the biggest Todd Rundgren fans there is and would haunt anyone that says he was not the greatest artist of his time.

Frank was a family man through and through, who adored his parents and considered his sister one of his very best friends. He had deep roots in family traditions and loved doing things like carrying on the family tradition of making Christmas raviolis every November. He was a devoted father who always made time for his daughter, day or night and loved his two granddaughters more than anything. He spent every Tuesday with his 3 favorite girls. He was one of the most dedicated and loyal friends and had many of the same friends his entire life but he also was a friend to many upon first meeting. Frank had a funny, welcoming personality that made anybody feel at home. He was almost a gracious host and a comedian storyteller. He is and always will be sorely missed.

Memorial services will be held at Chiampa Funeral Home, 5 Church Road, in Shrewsbury, MA on Friday May 13th, 2022. Please feel free to come say a prayer, share a story and enjoy some memories of Frank’s life starting at 10:00 a.m. Funeral service will follow at 11:00 a.m.