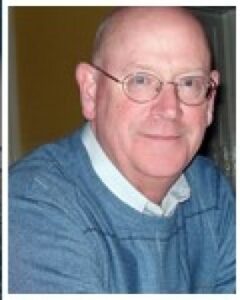 Shrewsbury – Paul Jeffrey “Jeff” Kalb, 75, of Shrewsbury, Massachusetts, passed away on Sunday, May 15th, 2022 after a long illness.

He passed on surrounded by the people who love him so deeply, including the love of his life, his wife of 54 years Jaclyn( Boyd) Kalb, his son Adam Boyd Kalb, and his daughter Sarah Kalb Albers. He is a loving grandfather to one grandson, Tyler Chadwick Kalb (26), and three granddaughters, Paige Meredith Albers (22), Kayla Mary Albers (20), and Hannah Brynn Albers (17).

Waiting to greet him in Heaven are his parents Paul Adam Kalb and Iris Munyon Kalb, as well as his two sisters, Gail Windecker and Nancy Stingelin.

Jeff was born on October 2, 1946 in Flushing Meadow, New York. He grew up in and around Queens, until the family moved to Islip, New York when Jeff was 13. The next year, he began his 61 year love story with the woman who would become his wife and the mother of his children.

He graduated from Islip High School in 1964 and earned a degree in Business from Boston University in 1968. He was drafted into the Army during the Vietnam War, so he enlisted, instead of searching for non~existent shin splints. He was nearly deaf in one ear because of an injury, but they needed him anyway.

Due to his COBOL programming experience, he was sent to Panzer Kaserne in Boeblingen, Germany to work for the 7th Army Europe. His beloved Jackie arrived in Germany and their son Adam arrived exactly 9 months later.

He was honorably discharged from the Army in 1970. In 1973, Jackie and Jeff’s daughter Sarah was born.

During this time, Jeff began running the family business, Printline Co. Inc. in Manhattan. The business was started by his father in the 1950’s. Jeff was President and co-owner, along with Jackie.

They raised their family in Great River, New York, where they frequently enjoyed one of his favorite activities, boating on the Great South Bay.

Relatives and friends are cordially invited to attend visiting hours on Thursday, May 19, 2022 from 4:00 – 7:00 pm at the Chiampa Funeral Home, 5 Church Road, On the Common, Shrewsbury. Jeff’s funeral service will be held on Friday, May 20, 2022 at 1:00 in the Trinity Episcopal Church, 440 Main Street, Shrewsbury.