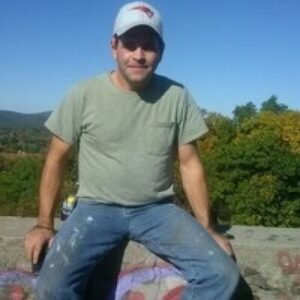 Shrewsbury – It is with a heavy heart we announce the passing of David (Dave) Charles Francis, father, brother, uncle, and everybody’s loudest friend, he was born June 7, 1970, to Robert D. Francis and Phyllis Ellen Francis and died on Friday May 6, 2022.

Dave was working in New Hampshire the week before his passing creating a beautiful new deck, he would later boast about to anyone with ears.

Dave is survived by his loving children, Jessica and her husband Ricky Curtis of Southbridge, Nicola Torello and her son Clayton of Northborough, Kayleigh Francis, and her fiancé Joseph Camarda and their two children Alayna and Joey of Worcester, Danielle Francis of Oxford, and his son David Francis of Worcester. Dave also has two siblings, Jim Francis and his son Michael of Worcester, and Sandra Trapasso and her husband Pete and their two children Vanessa and Victoria of Whitinsville.

He graduated Class of 1989 from Shrewsbury High. Dave loved camping, collecting Coca-Cola, blasting WAAF and spending any time he could with his children decorating cakes and cookies.

Dave was everyone’s friend. Anyone could call and he would always be there to help. As a father, he instilled so much of himself in his children including his compassion, perseverance, humility, empathy, humor, and his relentless ability to keep anyone entertained for hours with stories. He is known for his love of getting people together and we plan to announce further details of services soon, there will be a gathering held at a later date to celebrate his life and his 52nd birthday.

In lieu of flowers donations can be made to the following: Go fund me for Dave’s Celebration of Life at https://gofund.me/24ff4780 , The American Heart Association, The Holden Chapel, or OMS Life foundation.

Dave’s Celebration of Life is being planned for some time in June and will be confirmed soon.

The Mercadante Funeral Home and Chapel of Worcester is assisting the family.