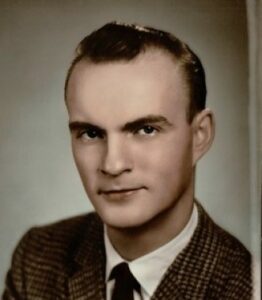 Northborough – Donald R. Brennan, aged 86 years old, passed away peacefully at the Marlborough Regional Hospital on Tuesday, May 18, 2022 after a period of declining health. He is survived by his devoted wife of 61 years Marilyn L. (Williams) Brennan.

Surviving Donald also are his four beloved children, Penny Hain and her husband Paul of Sterling, MA, Janette Brennan of Charlotte, NC, Donald Brennan Jr of Northborough and Cindy Dolitka and her husband Keith of Franklin; four grandchildren, Matthew Hain and his wife Rebecca, Melanie Francis and her husband John, Patrick Brennan and Carolyn Brennan and a great-grandson, Maverick Hain. In addition, Donald leaves a sister, Mabel MacDougall and numerous nieces and nephews. He was preceded in death by his parents, Edwin J. and Mabel M. (Johnson) Brennan and his five siblings, William, Edwin, Robert, Mary Torlai and his twin Diane Lane and most recently his niece Trisha MacDougall.

Donald was born and raised in Gloucester. He was a graduate of Gloucester H.S. and earned his technical degree in electronics from the Industrial Technical School of Boston. Although he has resided in Northborough for over 52 years, he kept Gloucester and the sea close in memory. He was a proud member of the Army Reserves and worked as an electronics engineer throughout his career. In the early years he was employed with Burroughs Corp where he was responsible for installation operations of military radar systems throughout New England. He later worked for Kidde Fenwall Corp.

Known affectionately as “Mr. B”, Donald enjoyed his family life, including trips to New Hampshire and Cape Cod. He and his wife also enjoyed trips to Foxwoods and playing the lottery. Finding treasures at yard sales and flea markets were among his favorite past times. He excelled in wood working projects for the home as well as his wife’s craft projects. Donald enjoyed a good book and like any engineer, enjoyed reverse engineering and improving anything with electronics.

Following Donald’s wishes, all services and interment will be private, for his family. Memorial donations may be made to the Salvation Army (www.salvationarmyusa.org).

Arrangements have been under the care of Hays Funeral Home, 56 Main Street, Northborough. To leave an online condolence please visit www.HaysFuneralHome.com.