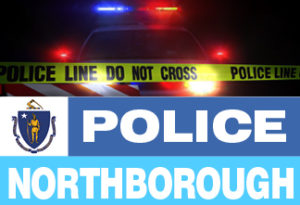 NORTHBOROUGH – A 20-year old man was killed on Sunday in Northborough when the car he was driving crashed off an I-290 ramp.

State Police identified Elijah Pye of Leicester as that victim in a statement on Monday.

A 20-year old passenger, also of Leicester, was seriously injured in the crash and transported to UMass Memorial Hospital in Worcester.

His name was not released.

This crash happened just before 9 a.m. on Sunday after police say a 2007 Jeep Wrangler traveling in the eastbound lanes of I-290 took the 30A exit. State police said a preliminary investigation indicated that the car then veered off the left side of the ramp, striking “several trees.”

Pye was removed from the vehicle following the crash.

He was then taken to UMass Memorial, where he died.

The crash remained under investigation as of Monday.

Power out in parts of Southborough, Marlborough after storms