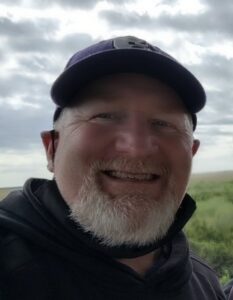 Jim is also survived by his children, Brendan and Erin of Worcester, as well as his brother, Brian of Marlborough, niece Emily, nephew Ryan and ex-wife Lynne of Spencer.

Jim was born on June 4, 1967, in Marlborough Hospital. He played several sports throughout his education, including football, hockey and baseball. He graduated from Marlborough High School in 1985 and went to earn degrees in Political Science and Western Civilizations at Providence College in 1989. He played football and club hockey throughout his time there. In 1994, Jim and Lynne were married at Our Lady of the Angels Church in Worcester, where they lived and started their family.

Jim and Lynne’s first child, Brendan was born on Sept. 16, 1997, in Worcester. On Feb. 11, 2002, they welcomed their second child, Erin. He was a devoted father and it was widely known that he would do absolutely anything for his children.

Jim and his family loved to travel and would go on many vacations to places such as Cape Cod, Disney World and the Great Smoky Mountains. Jim was known to go on an impulsive day trip every now and then to places such as Fort Ticonderoga, the Deerfield River and Montreal, Canada. He was always up for a nice long drive with some music and ice cream on a hot summer day.

Jim was a lover of the outdoors and nature. He was a member of the Highpointers Club, a nation-wide hiking organization that holds yearly conventions in different states. He would often organize short hikes to see waterfalls during the summer with Erin. He was also an avid fisher, habitually taking Brendan to various lakes and rivers to cast some lines. The night before any vacation, he would do an hour or two of yard work so that the house would still look nice while he was gone. He spent every summer day tending to his lawn, garden, window boxes and potted plants.

In his free time, Jim was either at a sporting event or watching one on TV. As a season ticket holder for the Worcester Red Sox, Jim could be found at Polar Park at least twice a week. He loved to watch all of the New England sports teams on TV, especially during the postseason. No matter which sport it was, he would be cheering for the University of Michigan to win. He was also one of the biggest fans of The University of Scranton’s Women’s Rugby team, the Valkyries, once driving over 6 hours to support the team. He also played in a dart league in Worcester for the Ahh-Da-Boys team.

Jim was a lover of cooking and the art of food. He spent many nights watching The Chef Show, Chopped, or Hell’s Kitchen. With more kitchen appliances than he could ever use, Jim spent many nights cooking at home. He was a big fan of his tabletop pizza maker and his air fryer. He leaves behind his legacy of his famous chicken wings and mac and cheese. He had a dream of owning and running his own food truck and traveling the country. He was a big fan of restaurants such as The Fix, Antonio’s Pizza and Jake’s in Marlborough.

Jim was a big fan of music and movies. He listened to artists and watched movies across all genres. Some of his favorite artists include Van Halen, Red Hot Chili Peppers, Foo Fighters and U2. He loved going to concerts and talked about the Shinedown concert that he went to with Brendan nearly everyday. He loved to watch movies with his favorites being Willy Wonka and the Chocolate Factory, A Beautiful Mind and the Pianist.

Jim leaves behind a legacy of love and devotion and will be greatly missed by all.