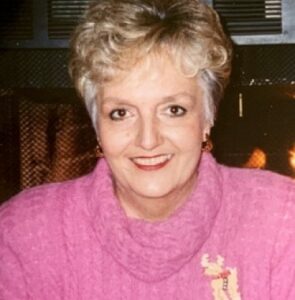 Grafton – Mary Ann (Dauphinais) Sheehan Fargo passed away peacefully June 7, 2022 after a long illness, surrounded by her loving children. She was born in Worcester, MA in 1941 and spent most of her life in Grafton.

As a child, she attended St. Joseph’s school on Hamilton St. in Worcester and graduated from Notre Dame Academy.

She had a long career as a nurse during which she worked at UMass hospital in the Neurology and Oncology departments and later worked in pediatrics for Fallon Healthcare. She was especially loved by her patients for her compassionate care and often received cards and letters of gratitude.

She was predeceased by her parents Emile and Dolores (Gabrieau) Dauphinias and her loving aunts Claire, Loretta, and Bertha. She is survived by her devoted husband of forty-four years, John, her children, Michael Sheehan and his wife Clara of Shrewsbury, Michelle Parker and her husband David of East Sandwich, Maryfrances Ouellette and her husband Patrick Mullane of Framingham, Dr. Moira Sheehan and her partner Steve O’Neill of Harwich, and sister Evelyn LaDuke of Yarmouth.

Gifted in the performing and visual arts, Mary Ann loved to paint in watercolor and oils and also helped students at St. Peter’s High School Theater Company. She was an accomplished singer and was an active member of the Worcester County Light Opera and Sweet Adeline’s singing group. Later in life, her favorite past times were spending time with her family and working in her perennial garden alongside her husband, John. She was a loving, devoted mother and wife and will be deeply missed by her family.

In lieu of flowers, donations may be made to St. John’s Food for the Poor program, 44 Temple St. Worcester, MA 01604.