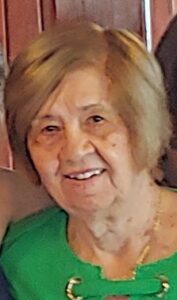 Her husband of 40 years, Eugeniu V. Predoiu, MD, passed away in 2014. She leaves her brother, John Evangelos Vlahos of Fayetteville, NC; numerous nieces, nephews, cousins, a sister-in-law, and friends.

She was born in Bucharest, Romania, daughter of Evangelos and Alexandra (Dalapascos) Vlahos. Stella married her husband in Ploiesti, Romania in 1972 and together they moved to America in 1975.

Stella worked for a national insurance agency for many years. She was a member of Saint Spyridon Greek Orthodox Cathedral and Saint Parascheva Romanian Orthodox Church. Stella was lovingly interested and partook in world travel, history, and the culinary arts.