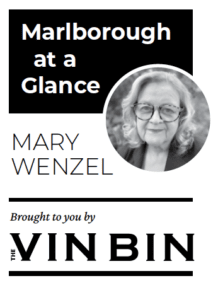 MARLBOROUGH – Two Marlborough High School graduates, Liam Shanahan and Kimberly Farrell, both of whom also graduated from Harvard University, recently returned to the local campus to talk to students about how their lives have turned out.

Liam, a member of the MHS Class of 2016, and one of the newest members of the New England Patriots, took time out of his busy schedule to talk to fellow MHS Panther athletes.

His stop included imparting some inspiration and wisdom to the guys in the weight room.

Kim, an incredibly inspiring member of the MHS Class of 2007, scheduled an appearance with students at Marlborough High and, speaking in Portuguese, shared the path she chose which ultimately led her to her current role as Director of Marketing in Latin America at TikTok.

THE FARMERS MARKET is back in Marlborough at Lost Shoe brewery, on Weed Street, in downtown Marlborough.

THE MARLBORO-HUDSON RELAY FOR LIFE will be held Saturday, June 18, noon to 10 p.m., at Ward Park in Marlborough.

CONGRESSWOMAN LORI TRAHAN recently took the opportunity to present a citation to Jaworek Elementary School Principal Ron Sanborn who was the recipient of the Thomas C. Passios Outstanding Principal of the Year award by the Massachusetts School Administrators Association.

In addition, during her visit in Marlborough, the U. S. Rep. joined with Mayor Arthur Vigeant, Superintendent Michael Bergeron and Sanborn for a visit to the school to view the plans to upgrade the HVAC system that will be financed by the Elementary and Secondary School Emergency Relief Fund.

POP AND PUNK MUSIC with “Color Killer,” “Crack the Void” and “The Dialers” will kick off the 2022 FREE Summer Concerts, presented by Marlborough Mayor Arthur Vigeant and the Marlborough Recreation Department, June 16, at 7 p.m.

Local brew pubs, Tackle Box, Flying Dreams and Lost Shoe Brewing, will alternate each Thursday evening to offer their brews to concertgoers. The next concert on June 23 will feature “Usual Suspects” with classic rock. The concerts are held Thursdays, 7 to 9 p.m., in Union Common, at the corner of Main and Bolton (Rte. 85) streets, Marlborough. Bring a lawn chair or blanket to enjoy the concert.

GEORGE CONWAY, a 1981 graduate of Marlborough High School, was also a graduate of Harvard. He then studied at Yale Law, joined a prestigious law firm and has successfully argued a case before the U.S. Supreme Court.

George is married to Kellyanne Conway who served as Senior Counselor to the President in the administration of Donald Trump.

Although the couple had had similar conservative roots, during Kellyanne’s time at the White House, George became a critic of Donald Trump.

This family conflict of political views, gives George an identity that I’m sure that no other MHS graduate has ever experienced. He and his wife are being parodied in comical skits on Saturday Night Live. In one skit, “Marriage Story,” they are played by Kate McKinnon and Beck Bennett, with Scarlett Johansson as therapist. If you wish to see the SNL performance, you can Google it. Kellyanne and George Conway live in Washington D.C. with their four children.