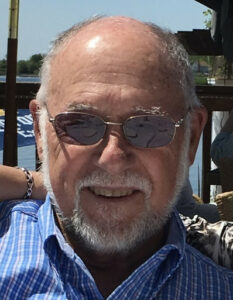 Marlborough – Barrie, an amazing self-made man.  He worked in the computer industry in its early days and through the evolution from temperature controlled rooms to cell phones. His zest for life included travel around the world, sailing, Golfing and skiing the slopes in Australia and the US.

His love of adventure was only second to his love of family.  He was always there for his wife, children and grandchildren.  He was the “go to” man of everyone.

His list of friends is incredibly long, from his birth place in Australia, to Europe and in the US, his adopted home.

In Australia he is survived by his brother Bob, his sister Pam and their families.