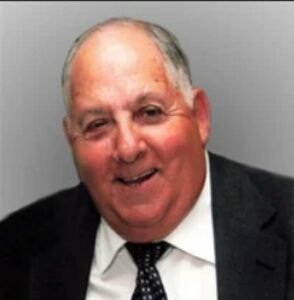 “Donnie” was born in Worcester in 1933 and moved to Shrewsbury at the age of 5 where he lived his entire life. He was predeceased by his parents Michael M. and Cecile E.(Segel) Green and his brother Richard H. Green.

A graduate of Major Howard Beal/Shrewsbury High School, he attended Monson Academy before graduating from the Stockbridge School of Agriculture at the University of Massachusetts.

For years, he ran a bar founded by his father and local boxing great Mickey Green until the business was sold in 1977. Donnie then enjoyed a second successful career in sales and marketing until his retirement in 2004.

A proud and tireless member of the community, Donnie coached Little League and Babe Ruth Baseball for over 40 years. In 2010, he received the Fred Ebbett Award of Distinction from the Massachusetts Baseball Coaches Association. He was an active contributor to the Shrewsbury Men’s Club and worked with the Big Brothers Big Sisters Organization for almost 10 years. In 2014, Donnie was named Grand Marshal of the Spirit of Shrewsbury Fall Festival.

His most treasured association was to Shrewsbury High School. He was a senior greeter who was adored by faculty, staff and students alike. SHS Athletic Director and friend Jay Costa, awarded him the title of “Shrewsbury’s #1 Super Fan” for the over 50 years of support and dedication to his beloved alma mater.

Don will be lovingly missed and remembered by his beloved wife of 61 years Janet “Gay” (Morrell) Green; his two sons, Jeffrey T. Green and wife, Karen of Shrewsbury and Jonathan S. Green and wife, Laurie of Holden; and three cherished grandchildren, Rachel, Daniel and Jacob.

Family and close friends gathered to celebrate Don’s remarkable life on Monday, June 20 at Mountain View Cemetery in Shrewsbury, for a Graveside Funeral Service, with Rabbi Earl Kideckel officiating. Arrangements were under the care of Miles Funeral Home of Holden.