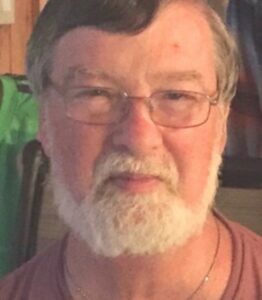 Worcester – Paul Francis Gill, age 77, late of Worcester, MA and formerly of Shrewsbury and Northborough, passed away on June 25, 2022.

The son of Ruth (Mealey) and W. Harold Gill, Paul was born in Boston and grew up in Shrewsbury in close proximity to world famous Dean Park and the General Artemas Ward House. Legend has it the general’s clairvoyant father chose the location for his home in anticipation of the impending arrival of Paul and his family (two and a half centuries later).

Paul’s experiences in the big city were vast and varied. Rides through Shrewsbury often sparked stories about White City Amusement Park, the Worcester Tornado and friends converging on the Gill house to watch 1950s television shows.

Paul attended St. John’s High School in Worcester, which, like the tornado, eventually made its way to Shrewsbury. He then matriculated at Holy Cross College (where he was known as “Gill the Thrill” before conferring the nickname two decades later upon star Holy Cross running back Gill Fenerty) and later UMass Boston, as well as serving in the U.S. Navy.

Paul’s professional life brought him to office jobs at footwear companies Thom McAn and Frye, followed by automotive companies Arrow and TRW. His lack of a distinct cowboy identity meant his undersized feet (which he did not pass down to his children) were never adorned with Frye’s popular boots. Similarly, his inability to distinguish between an oil drain plug and a spark plug (which he did pass down to his children, specifically the dipstick authoring his obituary) made it entirely unnecessary for him to make retail purchases of the auto parts manufactured by his later employers.

Paul was politically aware and active and felt comfortable sharing his views with friends and strangers alike (often in a civil manner!). In some cases, his commitment to issues about which he was passionate led him to engage in movements long before they gained popular traction. He participated in several local, state, and national campaigns for winning and losing candidates alike. He remained local with his own political career, winning a seat on the Shrewsbury School Committee and eventually becoming chairman.

A pull to spend more time with his family led Paul to end his tenure as a school committee member before his final term had concluded. Much of that additional time was spent watching his kids play sports and watching sports with them. Paul loved sports. Loved. While he would tell you his most significant personal “athletic achievement” was pitching a grapefruit that was painted white to Broadway Joe Namath in a slow pitch softball game and watching the hijinks ensue, he rarely missed the achievements (and failures) of Boston’s sports teams, whether in person or on TV.

Among other sports mementos that he kept was his ticket stub from the 1961 Major League Baseball All-Star Game at Fenway Park. The game was halted by rain after nine innings and was the only MLB All-Star Game ever to end in a tie until Commissioner Bud Selig ruined the 2002 edition (and likely lessened the value of the 1961 stub).

Despite his love for sports, Paul suffered from an inexplicable and incurable need to leave games prematurely. Examples of finishes he could have seen in person but didn’t include Mo Vaughn capping a seven-run rally in the ninth inning of the 1998 Red Sox home opener with a walk-off grand slam and Jason Staurovsky hitting a 27-yard field goal in 1988 to secure the first overtime win in Patriots franchise history after they’d lost their previous ten. (Granted, the temperature was in the teens with wind gusts of over 20 mph in Foxboro that day, but still…)

But the example that was cited more than any other in the Gill home was among the most obscure. In 1984, the undefeated U.S. Olympic baseball team played a tune-up game against the Cape Cod League All-Stars in Chatham. The Cape Leaguers had a surprising 4-3 lead late in the game, and Paul had seen enough. For reasons that are lost to history, the 11-year-old version of the aforementioned dipstick was a huge fan of Oddibe McDowell, who was scheduled to bat for Team USA in the ninth inning. The boy beseeched his father to stay in case McDowell were to hit a game-winning homerun. McDowell did just that, and the Gills were there…in the car, listening to it on the radio.

Not all Paul Gill Cape Cod car radio stories make one of his children reach for the Pepto, though. Often, the sun had barely risen before he and his younger child set off on a quest for donuts in Dennis. With the windows rolled down (kids, ask your parents about car windows being “rolled down”), they’d crank up the Kingston Trio or the Beach Boys and harmonize at the top of their lungs. Natalie and Nat King Cole combining on “Unforgettable” it was not, but it was unforgettable for the two of them.

Nothing brought Paul more joy than hearing his grandson Carter and granddaughter Mazie refer to him as “GrandPaul” or his granddaughters Emersyn, Rielyn, and Kaedyn refer to him as “PaPaul.” He is also survived by daughter and son-in-law Jennifer and Timothy Clinton of Fort Mill, SC; son (/dipstick) and daughter-in-law Robert and Amy of Cherry Hill, NJ; brother William (Bill) of Sacramento, CA; and sister and brother-in-law Barbara (Gill) and Paul Michalak of Shrewsbury, MA.

Services will be private. In lieu of flowers, donations may be made in Paul’s memory to mitoaction.org.

Arrangements have been under the care of Hays Funeral Home, 56 Main Street, Northborough.