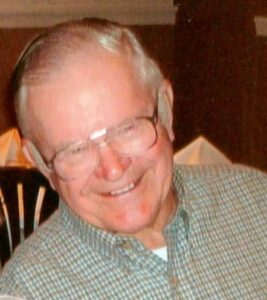 Hudson – William F. Andrysick, Jr., 93, a long time resident of Hudson, MA, died on Wednesday, June 29, 2022, after a period of declining health at the Overlook Masonic Health Center in Charlton, MA. He was predeceased by his wife Natalie (Wilson) Andrysick in 2015.

William was born and raised in Hudson, son of the late William F. Andrysick Sr. and Anastasia (Broderick) Andrysick. He attended local schools and was a 1946 graduate of Hudson H.S. He spent many years as a carpenter in home construction and was the former Building Inspector of Hudson and Acton, MA. He was a lieutenant with the Hudson Volunteer Firefighters and member of the Hudson Firefighter Relief Association. He was also a member of the Massachusetts Building Commissioners and Inspectors Association. He was a member of Saint Michael’s Parish in Hudson.

William had many hobbies and interests throughout his life which included occasional deep sea fishing trips and square dancing with his wife Natalie at the Baypath Barn in Boylston, MA.

Following retirement, William and Natalie set out across the country in their camper visiting many areas throughout the United States. As members of the “Seacoasters” Mobile Home Club they met many wonderful friends who shared in the excitement of traveling the country. Most of all he cherished his family and spending time with them, especially later with his grandchildren and great grandchildren. He shall forever be remembered in the hearts of those who loved and knew him.

Relatives and friends are invited to a period of visitation from 10:00 to 11:30 am on Tuesday, July 5, 2022 at TIGHE HAMILTON REGIONAL FUNERAL HOME, 50 Central St., Hudson, MA. A Celebration of his life will follow at 11:30 am in the Funeral Home; followed by a procession to Saint Michael’s Cemetery on Cox St. in Hudson for Interment.

In lieu of flowers, memorial contributions may be made in his name to: Hudson, MA Firefighters Relief Association.