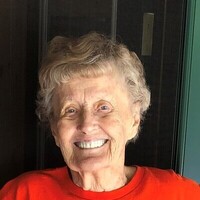 Shrewsbury – Dorothy A. (Romanas) Thyden, 92, of Shrewsbury, passed away peacefully at her daughter’s home in Petersham. She was predeceased by her husband John Thyden in 1971.

Dorothy is survived by her daughter, Jayne Acciardi and her husband Edward of Petersham; her son, John Thyden and his wife Theresa of Sutton; five grandchildren; and two nieces.  She was predeceased by her sister, Rita H. Romanas and by a brother, Edmund Romanas. Dorothy was born in Worcester, daughter of the late, Alexander and Helen (Buneviciute) Romanas, and moved the Shrewsbury in 1999.

Dorothy was an administrative secretary with the Child Study and Reading Departments for the Worcester Public School System, retiring in 1995. She graduated from the former Commerce High School, Becker Junior College, and the Lee Institute of Brookline.  She was also a licensed real estate broker.

An avid reader, Dorothy spent most of her adult life as a community and political activist.  Living in Worcester, she served on the Commission of Elder Affairs, was an Assistant Election Commssioner, Member of the League of Woman Voters, and the Quinsigamond Village Board of Directors, and the Worcester Democratic City Committee.

Upon moving to Shrewsbury in 1999 she was a member of the Shrewsbury Democratic Town Committee and was a Shrewsbury Town Meeting Member.

Services will be held privately.