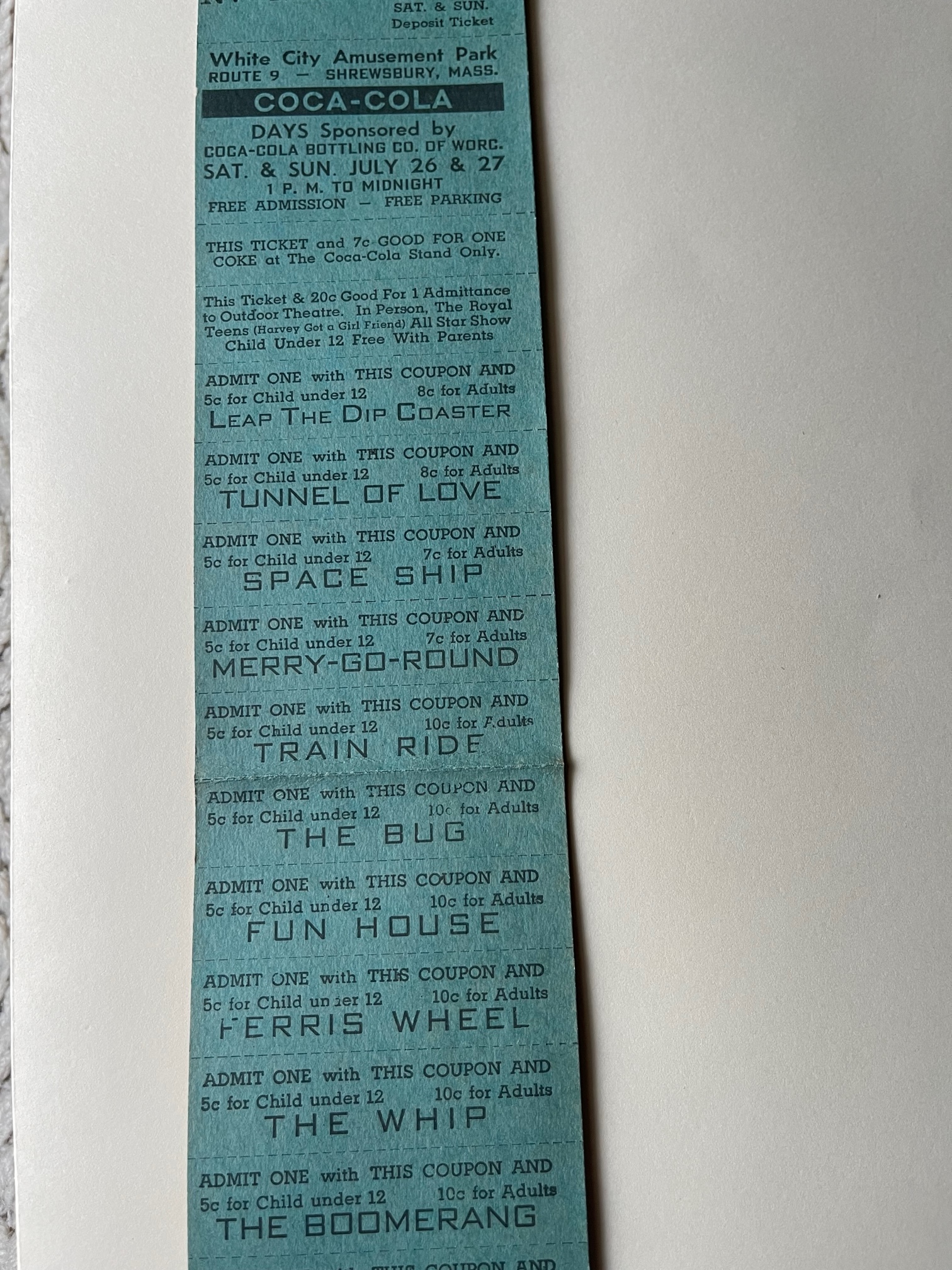 SHREWSBURY – The strip of tickets in our photograph lists the rides and attractions at the White City Amusement Park, including some that many readers may remember – The Whip, the Rocket Ship Ride, the Fun House and many others.

What makes this strip of tickets unique are two things: the note written on the reverse side and the reference to “The Royal Teens” appearing at the park.

The note tells us that the young lady that the ticket belonged to went to the park with her friends “Judy, Tom, Buster and Mary” and that she won a stuffed animal monkey at one of the many games of chance at the park, which she named “Junior!”

A quick web search for the Royal Teens, who were appearing at the park that day, (as neither the name nor the song “Harvey got a Girlfriend” were familiar) revealed that the group recorded the song “Short Shorts” in 1957!

This fact allows us to gauge the date of the visit to the park to the summer seasons of 1957-60, as the park closed for good on Labor Day, 1960.

Elvis Presley at the Edgemere Drive-In