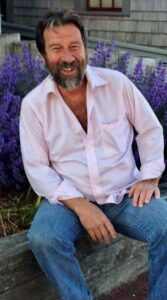 Westborough – Mark Sullivan was born on May 9, 1951 in Bangor, Maine. Growing up, he was an amazing athlete at Kent’s Hill Prep School where he played soccer, skied and was the Lacrosse Captain. He continued to excel in academics and athletics and went to New England College on a ski scholarship for ski jumping. He would who consistently win the Ski Meister Award (for competing in all events). He also played lacrosse and soccer.

During college Mark was drafted to serve in the Army where he was awarded the national defense service medal. He was a 45cal expert, a M16 sharpshooter and a grenade expert. He served as military police and spent his time in Germany with his Brother Ken Sullivan.

Mark turned down going to West Point to make his own unique path in life. He decided to become a chef to pick up girls…it worked.

He met and married his partner through love and life, Phyllis Keene, in 1975 at the Hook, Line and Sinker where he was a chef and she waited tables.

In 1981, he started a Jewelry Store in Nantucket called the Good Life. It was always his dream to live on the island. Three years later, Mark and Phyllis had a son, Tyler Sullivan.

He loved fishing with his son Tyler, and they even went shark fishing together.

He was a football coach for Tyler and an extremely proud father, quick to show off any accomplishment of his only child.

In 2004, he opened up South Street Diner in Westborough. This was not just any diner, but a diner with a flair where he served Lobster Benedict and even BYOB. This business helped him fulfill his dream of moving to Nantucket.

In 2011, he and his partner Phyllis fulfilled their dream of living on Nantucket.

But they didn’t just move there. Mark bought a house that was set to be destroyed and actually moved it! The island had to stop everything to allow the house to be moved. It truly was an amazing process and made their dreams of living on Nantucket come true. Mark and Phyllis accurately named the home “Reclaimed.”

In 2017, Mark sold the South Street Diner and retired to live on Nantucket.

In 2018, he was diagnosed with stage 4 prostate cancer and decided to sell their dream home in Nantucket in 2021 for a different dream in Vermont. They moved to their new lake home in 2021 and were able to spend so much more time with family. Mark’s family is so happy they made the move when they did, even though it meant leaving Nantucket.

Mark fought so hard for so long. One of his last projects was to get the dock installed at their new home on Lake Champlain in Vermont. Not only  did he get it installed, he made it perfect. He measured and drew different configurations and even moved the flagpole multiple times just so his grandkids, Charlie and Loa, could cast their fishing rods perfectly. Thanks to him, the dock is in and his grandson even caught a fish on Father’s Day — a perfect way to mark the dock project as a success.

Mark always put others before himself and was true gentlemen. He was the first person to stand up and give you a handshake with his bear paws. He would open the door for you or put a coat on if you looked cold…and always offer his shirt to get your boogers on the chairlift.

He was truly determined to keep living to see his grandkids, Charlie and Loa, his son Tyler, his daughter in law Adria and of course his partner through love and life Phyllis.

Celebration of life details are available on the website below https://www.forevermissed.com/mark-sullivan/.