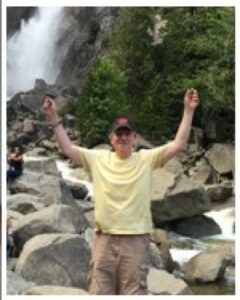 Shrewsbury – Thomas L. “Tom” Abele, 78, of Shrewsbury, passed away peacefully surrounded by his loving family at Massachusetts General Hospital after a long illness. He was born in Omaha, Nebraska on July 26, 1943 to the late George and Evelyn (Trout) Abele.

Tom graduated from Central High School in Omaha with the class of 1960, then continued on to earn his Bachelor’s Degree from the University of Nebraska, and also served in the Air Force. In 1984, Tom married his beloved wife, Frances Pantano-Abele, and moved to Shrewsbury.

He worked for Raytheon Company as a computer analyst for 26 years. In addition to spending time with his family, Tom enjoyed golfing, bowling and traveling.

In addition to his wife Fran, Tom is survived by his sons, Travis J. Abele and Jared T. Abele.

Relatives and friends are cordially invited to attend visiting hours on Wednesday, July 20, 2022 from 11:00 am to 1:00 pm at Chiampa Funeral Home, 5 Church Road, On the Common, Shrewsbury Center. A funeral service will be held at 1:00pm, immediately followed by interment with military honors at Mountain View Cemetery in Shrewsbury.