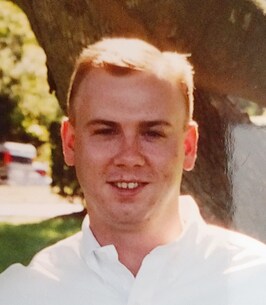 Westborough – John P. “Jay” Farricy, IV, of Westborough, formerly of Northborough, passed away on August 2, 2022; he was 47 years old. Born in Washington, DC, Jay was the son of Dr. John P. and Jean (Holmes) Farricy, III.

In addition to his father, Jay is survived by his two children, Grace Farricy and John “Jack” Farricy, V and their mother, Anne-Marie Farricy ; his two sisters Jill T. Farricy Coran of Shrewsbury and Julie M. Farricy King of Sturbridge. He was preceded in death by his beloved mother who recently passed away. Jay is also survived by his aunt Karen DeNaples and uncle Ralph E. Holmes, Jr; cousins, nieces and nephews whom he cherished dearly. He was predeceased by his uncle Michael Farricy.

Jay was a graduate of St. John’s High School. After completing undergraduate work at Boston College, Jay continued his studies at Tufts University where he was awarded a Master’s Degree in Economics. Jay was employed in the banking and finance sector for numerous years.

During his spare time Jay enjoyed following BC’s sports, most especially during their football season. He was a fierce Red Sox, Celtics and Patriots fan. Being a dad was the greatest joy for Jay. He was a great math tutor to Grace and together they enjoyed baking on Sundays. Jay loved spending time watching the Celtics with Jack. He enjoyed a good sci-fi book and would take anyone on in chess.

Jay will be laid to rest in Howard Street Cemetery, Northborough, after a small private ceremony. Arrangements are under the care of Hays funeral Home, 56 Main Street, Northborough.

To leave a condolence for Jay’s family please visit www.HaysFuneralHome.com.