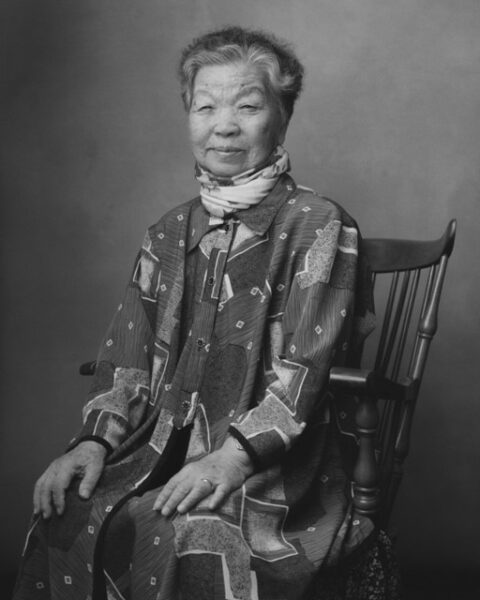 Westborough/Northborough – Wang ChaYun (왕차연) passed on peacefully August 5, 2022 at the lunar calendar age of 90 in Marlborough, Massachusetts, USA. She was born on the 19th of February in 1933 as a Korean during the tumultuous wartime period of occupation and cultural survival of colonialism when Japan invaded the Empire of Korea, the daughter of a farmer WangYoungHo (왕영호) and entrepreneur Juhn, JungSuk.

She grew up in a beautiful hanok traditional Korean-style farmhouse in Busan, Korea and took pleasure in the skill of crochet with her childhood friends. Her mother died suddenly in an outbreak of cholera when ChaYun was a child and she relished a close bond with her grand-uncle Wang EeHo and her paternal grandmother / halmoni.

She married Park ByunKyu (b.1931-d.2006) and cared for her family in their home on the edge of the ocean beach in Namgu, Yonghodong Busan, where she gave birth to five children. They moved to Massachusetts and lived in Northborough and Westborough. She gave her time generously and did her best to raise her children and grandchildren.

“Aigo. Heh hey.” she spoke her feelings, always being herself, straightforward, unshakable in her signature brand of the Gyungsando dialect of Korean and was known for her bold, sassy personality with everything she did, being an amazing cook, known for her delicious shikhae, and her cute and strong stature and style with a fan and scarf.

Food was her love language and she adored gardening, Korean dramas, singing songs after dinner, cocker spaniel puppies, spa time, showering her grandchildren with gifts or food, and spending time with family, her mischievous smile, smirk, and laughter were infectious, she loved to travel was able to be together with many family members at Jiwon and Stephanie Bae’s wedding last year.