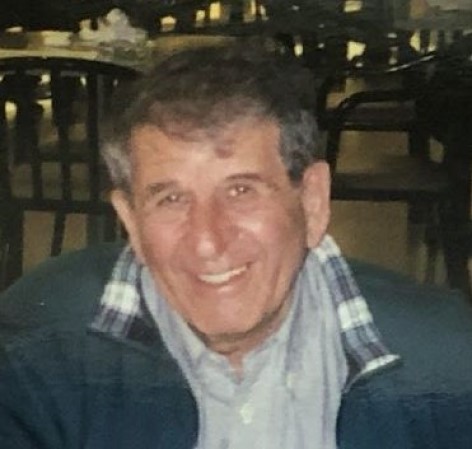 Franklin – Anthony Michael Villano, of Franklin, formerly of Marlborough and Eastham, passed away on September 7th, 2022 at Newton Wellesley Hospital after a valiant battle with cancer. He was 95 years old. Tony was born in Marlborough, Ma on January 21, 1927 to Michael and Mary (Guanieri) Villano.

A 1944 Marlborough High School graduate, he studied at Mass Maritime Academy, graduating with a degree in Marine Engineering in 1947. He was an outstanding athlete, captaining both baseball and football teams in high school as well as college.

He began his career in the Merchant Marines, sailing with United Fruit Company, out of New Orleans, in the banana trade. After sailing around the world for 2 years, he returned home, and was the first man drafted from the City of Marlborough into the Korean Conflict, serving as an infantry rifleman from 1950-52. Upon discharge, he studied accounting, receiving his degree from Becker College while beginning a 40 year long career with New England Telephone, where he met the love of his life, Catherine (Kay).

During his career he was selected to be a founding leader of The Learning Center, Verizon’s global training facility. He retired as an Engineering Manager in the early 90s and moved to his beloved Cape Cod home in Eastham. There he spent his subsequent years gardening, golfing, liqueur – making, shellfishing and enjoying many hours on his screened porch with his favorite neighbors, friends and cherished dogs.

Together, Tony and Kay spent many happy years entertaining, traveling abroad and reveling in visits from their children and grandchildren.

Never known to shy away from a debate, Tony loved to engage in lively discussions on every subject, and was a staunch supporter of his favorite New England teams. He lived a life rooted in a strong faith and exhibited a fierce generosity of spirit with all who knew him. Everyone will miss Tony’s warm personality and unbeatable smile, but will be comforted knowing he is united with his cherished wife and son.

He is predeceased by his wife of 60 years, Catherine (Glennon), and his son, Michael Joseph Villano as well as his sister, Mary Rose Villano who died in June 2022, and brothers-in-law James, Daniel and William Glennon.

Tony is survived by his son, James (Delores), and their children Matthew, Caitlin, Meghan and Jack; his daughter Catherine, with whom he lived, and her daughter Juliana; his daughter-in-law Mary and her children Michael, Elizabeth MacDonald (Steve), and his first great-grandchild, Elliot Michael, born just days before his passing. Tony is also survived by his brothers-in-law John Glennon (Virginia) and Thomas Glennon (Patricia), as well as sisters-in-law Carol Glennon and Annie Bergman. Tony is blessed by a large extended family including many nieces, nephews, cousins, close friends, and his adored four-legged girl, Tessa.

Donations in Tony’s memory may be made to the American Cancer Society, www.cancer.org.