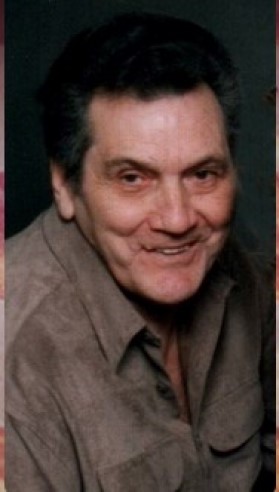 Shrewsbury – Matthew R. Aramento, 89, of Shrewsbury, passed away on Saturday, September 24, 2022, at UMass Hospital in Worcester.

His loving wife, Judy E. (White) Aramento, predeceased him in June 2003.  He was her caregiver for more than 10 years as she struggled through a series of serious health challenges.  His dedication, love, and support during that time was nothing short of amazing.

Matt is survived by two sons, Mark L. Aramento and his wife Doreen of Auburn, and Michael R. Aramento of Manchester, NH; a brother, Michael L. Aramento of Worcester; a sister, Maryanne Ferry of Shrewsbury; four grandchildren, Melissa, Eric, Katie, and Aly; nieces and nephews.  He was predeceased by a brother in law, Steven Ferry and a sister-in-law, Joanne Aramento.  Matt was born in Worcester, son of the late Louis P. and Mary L. (Novia) Aramento.  He grew up in Worcester and graduated from North High School.  He later served his nation proudly in the United States Air Force, during the Korean War.

Upon his return from the military, he met and fell in love with Judy, who would be his loving wife until she passed away in 2003.  They settled in Shrewsbury in 1959, to plant roots and begin their family.  Matt worked in the composing room at the Worcester Telegram and Gazette for many years, and before becoming a successful sales manager in both the insurance and advertising industries.

Matt attended Mass at both Saint Mary’s and Saint Anne’s Churches in Shrewsbury, and he was a member of the Victor R. Quaranta Post American Legion.  He was an avid sports fan, and followed the Red Sox his entire life. In his younger years he played both basketball and baseball, and enjoyed bowling for many years after that. He loved playing cribbage whenever he could find someone that knew the game. He was also a baseball coach for the Shrewsbury Little League and Babe Ruth baseball.

He loved spending time with family and especially finding any and every opportunity to spend as much time as he could with his beloved grandchildren. Matt had an incredible love for animals, and enjoyed the company of all his four legged pet friends.

Calling Hours will be on Thursday morning, September 29, from 10 a.m. until his Funeral Service at 12 Noon in MERCADANTE FUNERAL HOME & CHAPEL, 370 Plantation Street, Worcester. Interment will follow at Mountain View Cemetery, Shrewsbury.