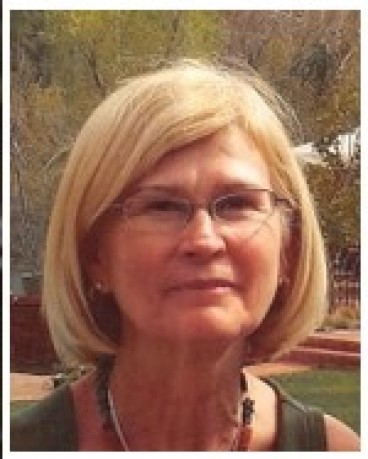 Susan James was a wonderful Mother, adored Grandmother, my best friend and the nicest person I have ever known. – Jeffrey

Shrewsbury – Susan Lynn Torney James of Shrewsbury passed on Monday September 12 at our home in Shrewsbury from the effects of pancreatic cancer. At her passing, she was supported by her daughters and husband.

Susan was born in 1950 to Bernadine and Wallace Torney of Riceville, Iowa. She attended Riceville schools and was valedictorian of her graduating class. She studied at the University of Iowa and graduated with Bachelor of Science degrees in Microbiology and General Science. In November of 1968, she met her future husband, Jeffrey in Freshman General Chemistry lecture. After graduating from University, she married Jeffrey James in Riceville and started fifty (50) wonderful years together.

She moved with Jeffrey to White River Junction, while Jeffrey attended school and supported him by working as a microbiologist in the lab of Dr. Daniel Longnecker at the Dartmouth Medical School. Eerily, the goal of their research was to reliably cause pancreatic cancer.

After graduation and a brief stint in Dayton Ohio, Susan and Jeffrey landed in Western Mass where they built their first house in Southampton and welcomed their first daughter, Amanda. Susan worked as an Organic Chemist at Amherst College and then as a Chemist and Applications Engineer at James River Graphics.

In 1985, the family moved to Shrewsbury Massachusetts, built their next home and welcomed their second daughter, Victoria. Settling in Shrewsbury set off thirty plus years of projects, upgrades and changes to house and gardens. Susan loved planning and working on these projects. When finished, it was then on to the next thing! Susan particularly loved planting, changing and improving her gardens. This year in May, she created a very large annual garden and finished her shade garden. She enjoyed viewing the results even though the strength to work on them had waned.

Susan joined NYPRO, Inc, an injection molded plastics supplier in 1986. She had a series of positions starting as a Quality Project Engineer, Manager of Regulatory Affairs and Systems and later she was promoted to Director of Quality Assurance. She was essential in helping the company develop capability to deliver combination medical products which must meet FDA requirements both for medical components and for drug delivery. Susan retired from NYPRO in the spring of 2013 but continued as a consultant for several years.

When fully retired, she pursued her gardens, reading, took up painting, cooking and yet more projects. Of all her projects, her gourmet kitchen was her proudest. She talked about upgrading the kitchen for so many years that Victoria was stunned when a contractor was finally hired!

Susan loved to travel. It didn’t matter if it was big trips or long weekends. Of course, New England vacations were common with many weeks in Eastham on the Cape, long weekends at New Found Lake in New Hampshire and long weekends at Amanda and Joe’s Camp House on Lake Winnipesaukee. Ten years ago, we began a tradition of a Cape Cod vacation week in January. It is cold and desolate but definitely not crowded. Over decades, we did many winter vacations in the Caribbean or Mexico. Notable vacations were trips to Sedona, the Canary Islands, Crete and Malta, Rome, Florence and Venice, Chile, a German river cruise and Paris for our 40th anniversary.

Genealogy developed from a casual interest into a passion for tracing all family lineages. She tracked our trees back into the 15th century and even earlier. She learned a great deal of family lore in the process.

Susan’s family meant so much to her. She took pride and satisfaction in her daughters, Amanda and Victoria. She particularly liked talking to and playing with Jane and Ida. She loved their exuberant energy, creativity, excitement and intelligent conversations. She would see them whenever she could. She wanted so much to see them learn, grow and mature.

Our family wants to thank the nurses of the Jewish Home Hospice program, particularly Joyce for their swift response and compassion care during the last days.

Family and friends will honor and remember Susan by gathering for an open reception at 1:30 to 3:00 PM October 7 at Chiampa Funeral Home, 5 Church Road, on the Shrewsbury Common. Presentations starting at 3:00 PM will show Susan’s ability, creativity, intelligence, determination, wonderful personality and kindness. We all miss her greatly.

A live stream of the Memorial Service will be available allowing far away family in Hawaii and Iowa to attend. Go to https://www.chiampafuneralhome.com for a live stream before the time of the service.

If you wish to donate in Susan’s name, we suggest donating to the Worcester County Food Bank. The Bank is very efficient and effective in helping those who truly need support.