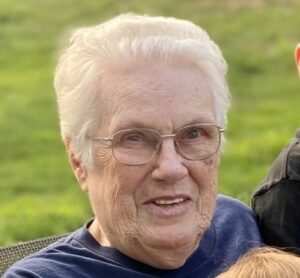 Hudson – Margaret Ann (Shaughnessy) O’Toole, 80, lifelong resident of Hudson, MA, died on Sunday, October 9, 2022 at Southbridge Rehabilitation and Healthcare Center in Southbridge, MA after many years of battling Progressive Supranuclear Palsy (PSP). She was predeceased by her husband of 33 years, Thomas E. O’Toole in 1995.

Margaret leaves her 3 sons, Michael O’Toole and his wife Jill of Marlborough, MA, Kevin O’Toole and his wife Kim of Georgia, Daniel O’Toole of New York; her daughter, Tracy Bahn and her husband David of Belchertown, MA; her step-brother Jack Lampinen and his wife Lucy of Hudson, MA and her sister, Kathleen Lampinen of Worcester, MA. She is also survived by her 7 grandchildren, Jenelle, Ryan, Kristina, Angela, Cassandra, Adam, and Taylor; 9 great grandchildren; her niece, Katie; her nephew Brian along with other relatives and friends. She was predeceased by her brother, the late Robert Lampinen and step-brother, the late Richard Lampinen.

Margaret was born and raised in Hudson, MA, daughter of the late Urho “Slim” Lampinen and Margaret A. (Shaughnessy) Lampinen. She attended local schools and was a graduate of Hudson H.S. She worked as a secretary for many years at Marlborough Hospital until retiring in 2007. She was a member of Saint Michael’s Parish in Hudson. Margaret enjoyed many hobbies throughout her life including quilting, a hobby all her family appreciated as she made quilts for all of them. Her children and later her grandchildren always looked forward to the Halloween costumes she would make for them. In her spare time she would read and listen to country music. Margaret was an avid Red Sox fan enjoying every world series championship recently. Most of all she loved being with her family, the memories of good times and cherished moments she shared with them to be remembered for eternity.

Relatives and friends are invited to a period of visitation from 9:30 – 10:30 am on Thursday, October 13, 2022 at Tighe Hamilton Regional Funeral Home, 50 Central St., Hudson, MA. Procession will follow to Saint Michael Parish, 21 Manning Street, Hudson, MA for an 11:00 am Mass of Christian Burial. Committal services will follow in Saint Michael Cemetery in Hudson.