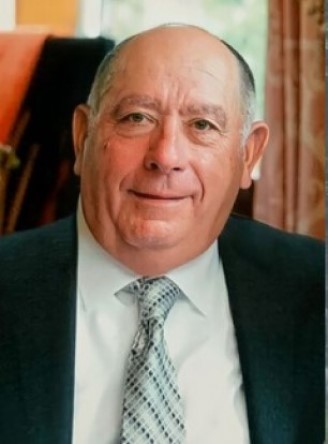 Shrewsbury – Nicholas DiPilato, Jr. passed away suddenly at his home on Monday, October 17, 2022 due to complications from heart ailments at the young age of 75.

Born in Worcester, Massachusetts on April 11, 1947, Nick was the eldest son of the late Nicholas and Bienvenida (Luna) DiPilato. A life-long Shrewsbury resident, Nick married his high school sweetheart, Marsha (Campbell), in 1971 and they recently celebrated their 51st anniversary.

He is survived by his wife, Marsha, and their three daughters: Sara Lamey (Tom) of Leominster, Lisa DiPilato of Langhorne, PA, and Maria Lahti (Erik) of Shrewsbury; his five grandchildren: Nick, Shannon, & Gianna Lamey, and Charlotte & Henrik Lahti; his sister, Rose Marie Rine of Jacksonville, FL; and his brother, Mathew DiPilato (JoAnn) of Amherst, NH. He also leaves his brothers and sisters in-law: Allan & Linda Campbell of IL, Laurie & Bob Faia of Charlton, and Kim & Mark Radcliffe of Shrewsbury, as well as many beloved nieces, nephews, cousins, and friends.

Nick attended Shrewsbury public schools before earning degrees from Bridgewater State College, Anna Maria College, and Fitchburg State College. He also served in the Massachusetts Army National Guard. An avid history buff, he began his professional career teaching history and social studies at Shrewsbury High School before leaving the classroom to become a guidance counselor. He proudly held the position of Head of Guidance at SHS until his retirement in 2009.

Nick may be best known as SHS’s All-time Winningest Coach, amassing a herculean record of 813-155-3 in both Girls’ and Boys’ Track & Field and Cross Country. “D’s Dynasty” included 48 League championships, 36 district championships, and 7 state titles over his storied 43-year coaching tenure. He was inducted into the Massachusetts Interscholastic Athletic Association’s Coaches Hall of Fame and SHS’s Athletic Hall of Fame for his coaching legacy. However, what mattered most to Nick were the relationships he built with his student-athletes. Ever humble and selfless, he would deflect credit for his students’ successes – always insisting their accolades and awards were attributed to their own hard work.

Nick was also active in running the SHS Athletic Booster’s Club annual golf tournament, a primary fundraiser for SHS athletics for many years up until his passing. Beyond SHS, Nick was active in the community, spearheading the establishment of the Town of Shrewsbury’s cable-system and participated in guiding its operation during its early years. He was also a member of the following associations: Italian American Victory Club, Massachusetts Track & Field Coaches Association, Central Massachusetts Track and Field Officials Association, District E Track & Field Committee, Shrewsbury High Hall of Fame Committee, and he was a member of the Shrewsbury High Turf Field Project – among many others.

His retirement from guidance in 2009 and then from coaching in 2014 allowed him to enjoy his hobbies more. Nick enjoyed being around the golf course and could be found golfing at Green Hill in Worcester as well as many other locations. While his golf game ebbed and flowed, the time on the course was more focused on spending time with friends who he loved like brothers. He also enjoyed his seasonal work maintaining greens, tees, and fairways at Cyprian Keyes Golf Club in Boylston. Nick had a tremendous green thumb and could grow almost anything, a trait he passed on to his eldest daughter. And even in retirement, he could not stay away from the track as you would often find him officiating track meets and running the indoor track league for central Massachusetts alongside more friends who he considered family.

A consistent theme in Nick’s life was his love of family. For the last 15 years, he was bestowed his most favorite title, “Papa.” He enjoyed hosting annual family trips to the Cape and many family holidays at home. He was also the loudest and proudest advocate cheering on his grandchildren at dance recitals, baseball and soccer games. Nick thrived off the chaos of his grandchildren running around and never missed an opportunity to share with Marsha an appreciation of the life they built together.

While Nick will be deeply missed by his family and friends, his memory and attributes that he instilled in so many will continue to live on.

Relatives and friends are invited to visit with Nick’s family from 4:00pm to 7:00pm on Monday, October 24th at Mercadante Funeral Home, 370 Plantation Street, Worcester. A Funeral Mass will be celebrated at 10AM, Tuesday, October 25th at St. Mary’s Church, 640 Main Street, Shrewsbury. Burial will follow at Mountain View Cemetery in Shrewsbury.