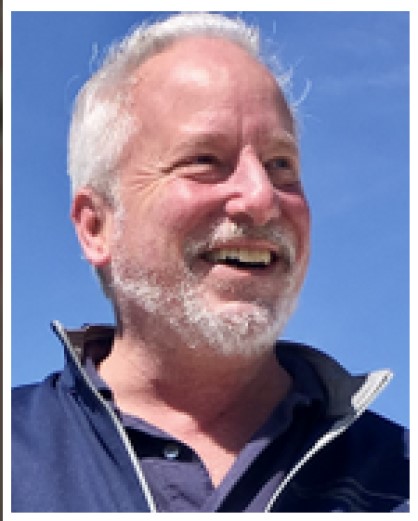 Shrewsbury – Michael D. Flynn, 60, of Shrewsbury, passed away Monday November 7th surrounded by his loved ones, after a period of declining health. He was 60 years old. He was the son of the late Jack and Eileen Flynn.

Michael grew up in Northboro and was a 1981 graduate of Saint John’s High School in Shrewsbury. He later attended college and worked for General Dynamics for 32 years as a Senior Finance Director. He retired in 2019.

Michael leaves behind his wife of 30 years, Pamela (Baldelli) Flynn. His daughters through love, Amy Hunt and Beth Ellen Elworthy and her husband Alan, all from Shrewsbury. He also leaves his three cherished granddaughters Lillian “Lu” and Emily “Em” Elworthy and Sophia “Bubbs” Heindl. They meant the world to him. Michael also leaves his sister Michelle Desposito and her husband Frank of Northboro, and many nieces and nephews.

Michael was an easy going, likeable guy who enjoyed life. He loved taking his pontoon boat down Lake Quinsigamond with Bob Dylan playing in the background. He watched every episode of Law & Order ever made, at least three times. He loved playing Keno, the daily lottery, scratch tickets and going to the casinos, any chance to gamble he enjoyed. He enjoyed making memories on the lake with the boat people year after year.

Michael will be deeply missed by all. Hopefully he is now reunited with his brother Johnny whom he missed every day.

Relatives and friends are cordially invited to attend a visitation period at the Chiampa Funeral Home, 5 Church Road, On the Common, Shrewsbury Center, on Sunday, November 13, 2022, from 2:00 – 4:00 pm.

The family asks that in lieu of flowers, please bring a new unwrapped toy for Toys for Tots to the visitation, to be distributed to children at Christmas.