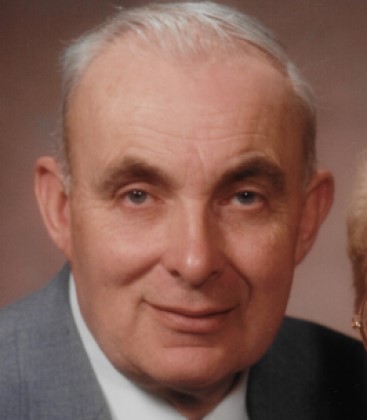 A lifelong Northborough resident, Don was the only child born to Raymond S. and Eleanor D. (Faunce) Haitsma. His beloved mother died tragically when he was young. In time, his father remarried, and his stepmother Eleanor C. (Bezanson) Haitsma, stepbrother Allan and sister Susan ultimately rounded out his family.

Donald was a graduate of Northborough High School and Worcester Junior College. He was a veteran of the U. S. Air Force. He married Patricia “Patti” (Emery) Saragian in 1964 and together they raised her four children.

Donald was no stranger to hard work. He’d put in a full day of work, first driving a bulk milk hauling truck, and in later years as a mechanic, then come home to work tirelessly on the family property, Stirrup Brook Farm on Route 20 in Northborough. He always had a pipe between his lips, a tool in his hand, and dirt under his fingernails.

Don was an original “American Picker” (long before those other guys showed up on TV claiming the title). He loved to wheel and deal, buy, sell, trade and barter. His business card stated “You name it, I probably have it” and he usually did. Antique cars and parts, old bottles and tins, guns, coins, and whatever else struck his fancy. His never-ending acquisitions irked his wife Patti more than once, but he could usually find a way to sneak the “treasure” home, sight unseen.

Don was very active in his community and was a member of numerous clubs, including the Independent Order of Odd Fellows, Marlborough Chapter, the Central Mass. Model T Club, the Straw Hollow Engine Club, the American Legion, the Disabled American Veterans, the Northborough Historical Commission, the Northborough Community Preservation Committee, and the Northborough Cemetery Commission. Don was a history buff, and he loved to read.

Don was preceded in death by his wife Patti, his granddaughter Melissa Wood, his parents and stepmother. He also experienced the loss of his lifelong friends John Klein and John Jay, and his four-legged companion, Jack.

The value of a man’s life is sometimes measured by the accumulation of wealth and material possessions. For Don, it was the variety and depth of the enduring friendships he made throughout his life.

Following Don’s wishes, he will be laid to rest privately alongside Patti in Howard Street Cemetery, Northborough. There are no public services planned. To honor Don, take a minute to stop by a salvage yard, visit an antique machinery show, or most importantly, make a true friend or two and look out for each other.

Services were under the care of Hays Funeral Home, 56 Main Street, Northborough.