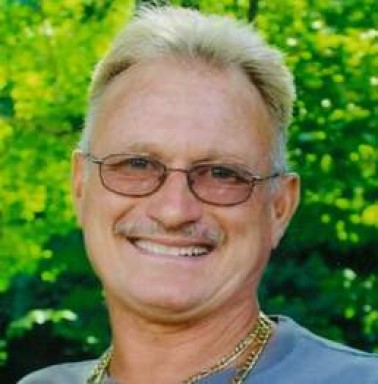 Born on January 20, 1955 in Worcester, MA, he was the son of Robert and Doris Ryan and the grandson of Steven and Pauline Ciborowski, all who predeceased him.

Steve grew up in North Grafton and graduated in 1973 from Grafton High School, where he was a terrific baseball player. He went to work for Bay State Abrasives that year and was a truck driver and abrasive specialist for nearly 30 years. During and after his employment with Bay State, he started his own tile business, which he owned and operated for 22 years. In 1980, he met the love of his life and best friend, Christine B. Ziegler and on May 21, 1983, they were married. Shortly after, they started building their Lindal Cedar dream home. Such love and perfection went into the creation of this home, and it was here they raised their two children, Tammy and Steven.

Steve was an amazing worker and wonderful husband and father. He also loved riding his Harley motorcycle, swimming in his pool, and walking the beach at their seasonal home in Wells, Maine. He enjoyed football, especially the NE Patriots, NASCAR, and his beloved dog Ruger.

Steven leaves his wife, Christine, his son, Steven and his wife, Jaclyn, of Milford, MA, his daughter, Tammy D’Amato and her husband Vinny of Salem, MA, his sister, Catherine L. Ryan of North Grafton, and brother, Michael F. Ryan and his partner Cynthia Jimenez of West Palm Beach, FL. He also leaves his grandsons, Vince and Troy D’Amato along with many nieces, nephews, cousins and in-laws.

The funeral will be held at Robert C. Roney Funeral Home in North Grafton on Saturday, November 26, 2022. The calling hours will be from 11:00 am to 1:00 pm followed by a prayer service at 1:00 pm at the funeral home.

Special thanks to the hospice team from VNA network as well as the staff at the UMass Memorial Hospital in Worcester, MA.

The family requests that in lieu of flowers memorial contributions in Steven’s name can be made to an Animal Rescue or Shelter of your choice.