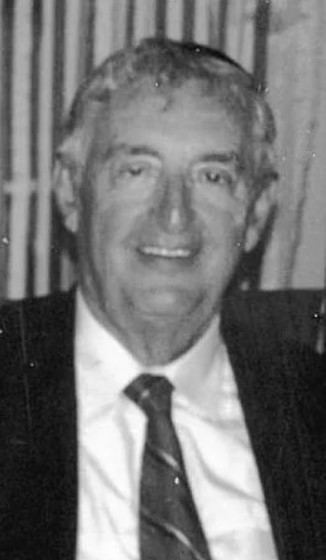 Kennebunk, Maine –  Richard L. Moraes, 87, of Kennebunk, formerly of Bolton, passed away Monday morning, Nov. 21, 2022, at his home surrounded by his loving family.

Dick, as he was known by friends and family, was born Oct. 16, 1935 in Hudson, Mass. He was the son of Ludgerio L. and Maria C. Edral Moraes, and attended Hudson schools, graduating from Hudson High School, where he excelled in sports. From his humble beginnings, he earned a football scholarship to Bates College in Lewiston, played baseball there as well and graduated with a BS in Economics.

Upon graduating from Bates, he joined Raytheon, a company that he spent his entire working career with. It was through their mentorship and employee programs that he attended Northeastern University, where he earned his MBA. Over the course of his employment, Dick and his family not only lived in Hudson, Mass., and Bolton, Mass., but also Jeddah, Saudi Arabia, which was his favorite assignment of all.

Dick never forgot his humble beginnings, and valued hard work, education and making connections with those he met. In his later years in Kennebunk, he was affectionately known as the “Ambassador of Admirals Way,” where he would often welcome new residents to the neighborhood, usually with a bottle of wine in hand.

Survivors include his loving wife of 62 years, Jaqueline (Swift) Moraes, his daughter Deborah Cummings and her husband Keith, all of Kennebunk, and a brother Robert L. Moraes of Hudson, Mass.

A private family service will be held.

To leave a message of condolence, please visit Dick’s book of Memories Page at http://www.bibberfuneral.com.

In lieu of flowers, memorial contributions may be made to Bates College Scholarship Fund, c/o Office of College Advancement, Bates College, 2 Andrews Rd., Lewiston, ME 04240-6028 or another charity close to your heart, in memory of Dick.