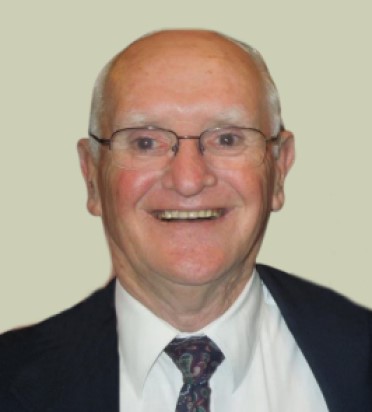 Worcester/Shrewsbury – It is with great sadness that we announce the passing of beloved husband, father, and grandfather, John “Poppie” McInerney, 85, of Worcester and more recently of Shrewsbury, on Wednesday, November 23, 2022 in the comfort of his home. He was surrounded by his loving family.

John was born, raised, and educated in Cooraclare, Co. Clare, Ireland, prior to immigrating to the Bronx, New York. He, along with his family relocated to Worcester in 1977, and later to the family home in Shrewsbury, in 2019. John had an extensive career as a Machinist while working for the Norton Company, retiring in 1999. Upon retirement, John spent much of his leisure time vacationing at the family home in Cape Cod.

He was always so proud of his Irish heritage, and loved listening to Irish music. John enjoyed watching the G.A.A. (Gaelic Athletic Association) Football and Hurling matches always rooting for his home team County Clare better known as The Banner! Above all else, his family was his world – John especially took great pride in supporting his children’s athletic achievements. Whether it was playing or coaching, he always had a front row seat to all games. When it came to his grandkids, “Poppie” always beamed with pride; cheering them on, whether it was on the baseball diamond, basketball court or the Irish Step Dancing floor. There was nothing that could ever wipe that smile off when watching his grandchildren on the big stage.

He will be loved and honored forever in the hearts of his family and friends.

Relatives and friends are invited to visit with the McInerney family between 4 and 8 PM on Monday, November 28, 2022 at the BRITTON-SHREWSBURY FUNERAL HOME, 648 Main Street, Shrewsbury. John’s funeral Mass will be celebrated at 11:00 AM on Tuesday, November 29, 2022 at St. Anne’s Church, 130 Boston Turnpike, Shrewsbury – please kindly proceed directly to church. Committal prayers will follow in St. John’s Mausoleum, 260 Cambridge Street, Worcester.

For those unable to attend the Mass, you can join the livestream using this link: https://us06web.zoom.us/j/89971808642?pwd=WXFzVXUydWd6ZDZHYVUyR2lzNzBUZz09 (The passcode is: mcinerney)