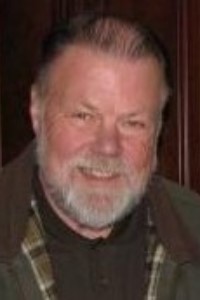 John was born in Worcester to John W. and Sylvia (Niva) Hermans. He graduated from Classical High School in 1957, Wentworth Institute of Technology in 1959 and studied civil engineering at Northeastern University. He began working after college at Herbert Engineering where he met his wife, Sandye.

For over 34 years he worked at Beacon Construction Company, now Skanska USA, where he was a skilled Senior Project Manager working on over 16 major projects throughout his career. Some highlights of the various projects on which he worked includes the reconstruction of Sage Hall at Cornell University which was awarded the prestigious 1999 Build America Award by the Associated General Contractors of America, American Airlines, renovation and expansion of Concourse B at Logan International Airport, Guest Quarters Suites Hotel, Santa Monica, California, and One Lincoln Street in downtown Boston which was his last project before retiring in 2005.

He also served his country as a cook in the Army Reserves.

In addition to his love of construction and engineering, John was an avid lover of antique trucks, specifically Fords. When he was just 18 years old, he purchased land in New Braintree, Massachusetts and with the help of his Dad and friends, built himself a garage where he would spend most Saturdays tinkering on his beloved trucks.

When he was not working on or fixing his trucks, he could often be found watching basketball. He loved the Boston Celtics but more than anything, he loved watching his son Bill play basketball for the Grafton High School. He was thrilled when his granddaughter, Layce followed in her father’s footsteps and played basketball for her high school. Beyond basketball, he attended every soccer game, football game, dance recital, and musical and theatrical performance in which his grandchildren participated.

John was also a proud member of the Finnish Heritage Society, an avid bird watcher, and a lover of country music, especially his favorite musician, Taylor O’Connor. In his later years, he enjoyed logging on to Facebook where he loved connecting with family and friends near and far.

John is survived by his wife, Sandye, their children William R. Hermans and his wife Shana Tobin Hermans of Millbury; Rebekka Hermans Or and her husband Daghan Or of Southborough and Elisabeth O’Connor and her husband Derek O’Connor of Grafton; seven granddaughters-Taylor Paige O’Connor, Alexandra Mae Hermans, Layce Elisabeth Hermans, Ela Elisabeth Or, Abigaile Aysil Or, Kennedy Elisabeth O’Connor, Kellie Lynne O’Connor and one grandson, his namesake-John Zafer Or “Jackie”.

John lost his brave battle against prostate cancer. His family wishes to extend a special thank you to the dedicated staff of the Blair House Assisted Living of Milford and Compassionate Care Hospice of Massachusetts.

According to John’s wishes, all services will be private. Nordgren Memorial Chapel 300 Lincoln St. Worcester, MA 01605 is assisting the family with arrangements. To leave an online condolence message, please visit click on the link.

His family and friends will be invited to join the family in a celebration of life that will be planned in the New Year.