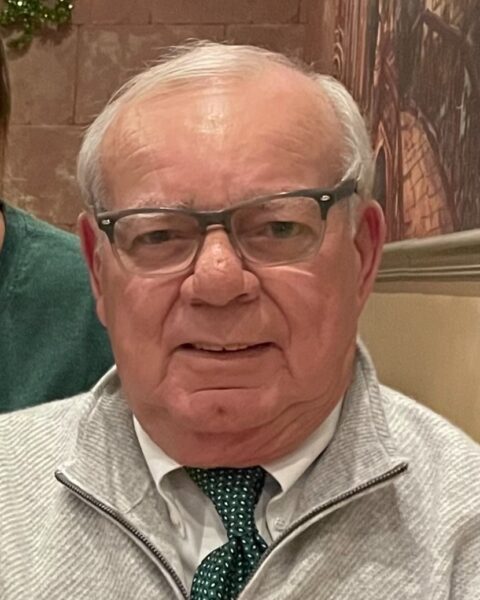 Millbury – Anthony “Tony” J. Tomaiolo, 78, of Millbury, a former longtime Shrewsbury resident, died Thursday, December 22, 2022 with his adoring family and loved ones by his side.

Tony was born in Worcester on March 19, 1944 a son of Nancy ‘Tina’ Gorman and the late Anthony ‘Teddy’ Tomaiolo. Raised in Worcester his family then moved to Connecticut where Tony graduated from Wilby High School in Waterbury, Connecticut. He later served in the Army National Guard.

He married Kathleen McCarthy on November 11, 1966 in her native Church of Saint Stephen on Grafton Hill. Tony and Kathy started their family and then moved to Shrewsbury in 1972.

Tony grew up in the restaurant business working for his father who first owned The Parkway Diner in Worcester and later The White Cliffs in Northborough. In 1987, he and Kathy open their first restaurant A.J. Tomaiolo’s Food & Spirits in the Fairlawn Plaza in Shrewsbury. In 1994 after seven successful years, they relocated to Northborough and opened A.J. Tomaiolo’s Restaurant which is a local favorite and is still being operated by his children to this day. Tony took great pride knowing his family name will continue with another generation of hard-working and dedicated Tomaiolo’s.

It goes without saying he loved the restaurant business. Patrons were familiar faces, loyal customers and wonderful friends. He especially enjoyed spending time with his friends and co-workers, Adalto, Robbie and his close friend and head chef, Arlene ‘Costa’ LaRocque.

Tony had a passion for fishing and hunting. He loved nothing more than spending time with the gang at ‘Camp Royalston’ where they told endless stories while having a whiskey and a cigar. Tony loved the outdoors and spending time with his family. All he needed were his grandkids, a lake, a canoe and a fishing rod, and he was never happier. Tony loved to travel and some of his most memorable trips were to Wyoming, Ireland, Italy, Greece, Switzerland, France and Spain.

The Tomaiolo family would like to thank the wonderful nurses at St. Vincent’s Hospital and the caring Salmon VNA Hospice nurses who gave Tony such great care.

Family and friends will honor and remember Tony’s life by gathering for calling hours on Tuesday, December 27th from 4:00 – 7:00 p.m. in Saint Mary’s Church, 640 Main Street, Shrewsbury. His funeral Mass will be celebrated at 10 a.m. Wednesday December 28th in the church. A private burial will follow in Mountain View Cemetery.

In lieu of flowers please make a donation in Tony’s name to a charity near and dear to your own heart.