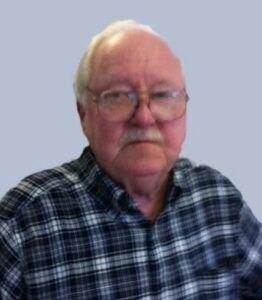 Northborough – Donald C. Beatty, a longtime resident of Northborough and most recently, of Edgewater, FL, passed away peacefully on Wednesday, December 28, 2022; he was 92 years old. Born in Shrewsbury and raised in Northborough, Donald was one of ten children to Lester A. and Ellen H. (Anderson) Beatty, Sr.

Donald honorably served in the U.S. Army during the Korean War and as a member of the “Chosin Few” was engaged in the Battle of Chosin Reservoir. Upon his return home Donald excelled as a Master Electrician with the Ostrow Electric Co. for 35 years prior to his retirement in 1992. He was a longtime member of the Vincent F. Picard American Legion Post 234 and enjoyed bowling, hunting and trying his luck at Keno. Donald was proud of his home and looked forward to tending to his garden and enjoying a glass of beer while catching up with his sons on the back deck of his home.

Calling hours will be held on Sunday, January 8, from 2 – 5 PM at Hays Funeral Home, 56 Main St. Northborough. Donald’s funeral will be held in the funeral home at 10 o’clock in the morning on Monday, January 9. Burial with Military Honors will follow in Howard St. Cemetery.

Donald’s family request in lieu of flowers that memorial donations be directed to the Dana Farber Cancer Institute (www.dana-farber.org) or to the Shriners (www.shrinerschildrens.org).

To share a memory or to leave an online condolence, please visit www.haysfuneralhome.com.