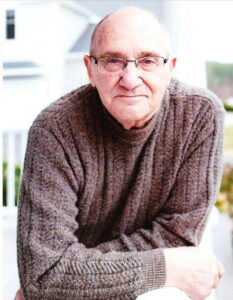 He was son of the late Crenzio and Marguerite (D’Amico) Dalessio and husband of Janet (Sullivan) Dalessio to whom he was married for 47 years.

Besides his wife, Robert is survived by his son Michael Dalessio and  family of Tilton, NH, as well as many loving nieces and nephews.

Robert, (Sonny, or Bob (as his wife called him!) was a man of various of interests and talents….

He had a great love of music starting in his early years and played the trumpet and the drums and loved to play/listen to Big Band music and would often join other friends/musicians in a band to play at various locations! He played football for the Marlborough Shamrocks once upon a time and was an avid weight lifter “back in the day”.  He was also a very proud member of the Army National Guard for a number of years.

Robert took the eventual career path to become a talented Mechanical Design Engineer starting at Raytheon as a Draftsman and subsequently as a Senior Designer at Incoterm and Digital Equipment Corp. having multiple patents in his field.

But what he loved the most, besides his wife and family, was flying and was the most proud when he received his Solo Certificate to fly from Don’s Flying Service in Marlborough in 1976!

Thankfully, he and Janet enjoyed many years traveling to Aruba, Barbados, Bahamas, Bermuda as well as overseas and happily enjoying their little place in Wells, Maine from May to October.

He will be so very missed by all who loved him.

Bob’s favorite charity was St. Jude Children’s Research Hospital, am sure he would appreciate donations made in his name.