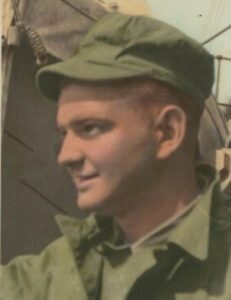 Marlborough – Michael A. Ciannella Sr. 94 of Marlborough, died on Sunday, January 7, 2023, at MetroWest Medical Center Framingham. He was born in Marlborough, the son of the late Pasquale and Mary (Damico) Ciannella.

Michael was a Designer for a Medical Equipment Co. for many years and owns several medical device patents. He served in the U.S. Army from 1950 – 1952 in Korea earning the Bronze Service Star.

He was predeceased by his wife of more than 60 years, Margaret (Montgomery) Ciannella in 2013.

Michael is survived by his son, Michael A. Ciannella Jr of Marlborough, and Granddaughter, Angelica Ciannella of Cambridge.

In lieu of flowers, memorial donations may be made in Michael’s name to the MSPCA or a charity of your choice.