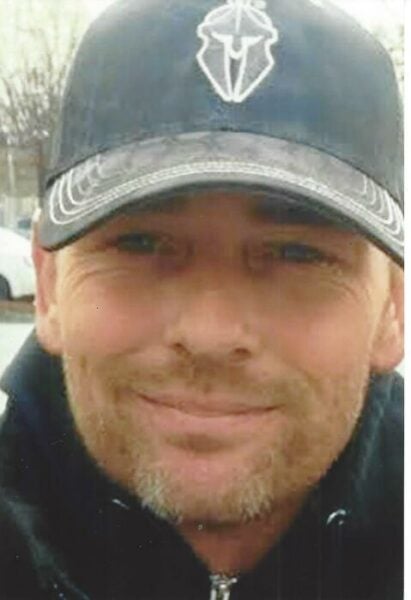 Hudson – John “Johnny O” Joseph O’Loughlin III, 50, a lifelong resident of Hudson, MA passed away surrounded by his family on Wednesday, January 11, 2023. John fought (like the strong Irishman & Viking he was) a 2year courageous battle with cancer. He leaves his loving parents John Joseph O’Loughlin and Jo Ann Jacobs O’Loughlin.

John was born in Framingham, MA and raised in Hudson, MA. He attended local schools and was a graduate of Hudson H.S. class of 1990. He was a member of the Hudson Hawks football team and was the teams MVP his senior year. He was honored to represent the Hawks as a member of the National Football Foundation and Hall of Fame Central Massachusetts All-Stars in June of 1990. A solid and talented running back for the Hawks, he was fondly referred to as “Big Johnny O” by his coach’s and teammates. John held the record most yards running in a game from 1989 to 2012 when his 292 yards was surpassed. His name is often mentioned even at present Hawks Football games by spectators who recall his talent. He was a member of Saint Michael’s Parish in Hudson, MA.

John’s first work experience was roasting nuts for Arcade Snacks of Hudson, MA. He worked for Jo Barb Farms during high school and in 1993 moved to New Hampshire to work on his mother’s fishing vessel “The Lady D” as a commercial fisherman for a short time. John started his long career in the construction industry and worked locally for several construction firms including H.L. Smith-Portsmouth Naval Shipyard, Robinson Construction, North Hampton Excavation (Eric Brosseau), Keystone and Lynch. His peers in heavy equipment construction always thought of him as a talented and smooth operator. Eventually John settled in with the D.A. Bosworth Company, Inc. in Braintree, MA. He was a very proud employee there and was working when he became ill. John’s love and devotion to the construction industry instilled a passion for his daughter Kylie to enter the field.  He taught Kylie everything he knew about the construction field and was very proud when she passed her operators test. John and Kylie were fortunate to work side by side for the D.A. Bosworth Co. John’s nephew John Tierney also followed in his uncle’s footsteps. He currently owns and operates Tierney Firewood and Excavation of Brentwood, NH.

John always had many hobbies and interests but taking a ride on his mountain bike in the hills of Worcester was always fun, especially when his daughter Kylie joined him. She once clocked him at 55 MPH “He had no fear”. He enjoyed hunting with his lifelong friend Donald “Woody” Worden and was unbeatable at chess. He had a love of swords, Vikings history, astronomy and music. He was quite the poet and a talented artist. He cherished his role as a father figure and role model to his nephew Jacob O’Loughlin.

John will always be remembered by his strong faith in God and always setting aside time for morning and evening prayers. John’s life was cut short by cancer but he leaves a legacy of love along with memorable quotes and values for his family to continue using, remember and cherish. For those that loved and knew John they will forever miss his unique eyes and smile.

Relatives and friends are invited to a period of visitation from 4 to 8pm on Thursday,  January 19, 2023 at Tighe Hamilton Regional Funeral Home, 50 Central St., Hudson, MA. A Mass of Christian Burial will be celebrated at 9am on Friday, January 20, 2023 at Saint Michael Parish, 21 Manning St., Hudson, MA; followed by a procession to Saint Michael Cemetery in Hudson for Committal Services. John’s family encourage family and friends to join them at the Hudson Lodge of Elks, 99 Park Street, Hudson, MA following the committal at St. Michael Cemetery and celebrate John’s life.

Donations in Loving memory of John J O’Loughlin III may be made to: Jimmy Fund Dana Farber Boston Massachusetts.